Diane Kochilas: “Attica is a complicated region with a multitude of gastronomical options, very high quality products, and equally good value for money with respect to quality”. 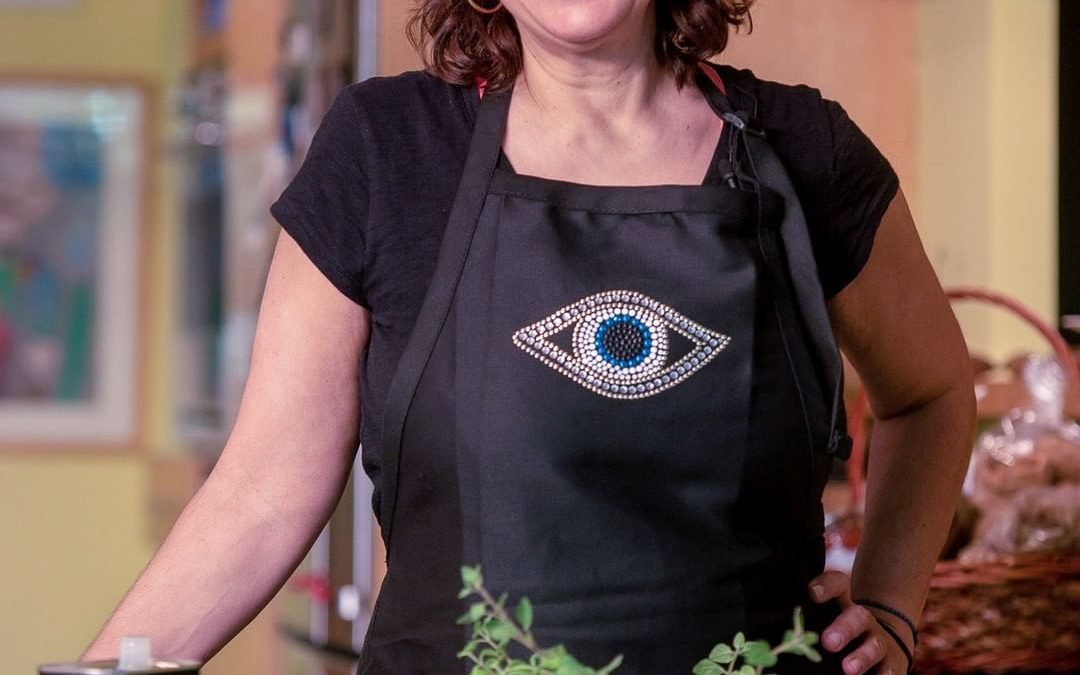 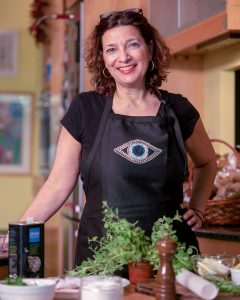 “Attica is a complicated region with a multitude of gastronomical options, very high quality products, and equally good value for money with respect to quality”.

1. Ms Kochilas, does love for Attica pass through the stomach?
Of course it does! The gastronomical world of Attica follows three different axes: classic traditional Greek cuisine, modern Greek cuisine, and international tastes.

2. How would you describe a menu with the taste and aroma of Attica?
I think we need to spread our wings when providing a rounded taste of Attica. For me, a meal or dinner would ideally start with a cocktail, while taking in the view of the Acropolis, it would continue at a classic taverna with traditional Greek tastes, such as lahanodolmades (cabbage rolls), a tasty salad, or the renowned fish of Athens, which is, traditionally, a homey taste, to give visitors a baseline; and for dessert I would recommend tasty loukoumades (dumplings) or galaktoboureko (semolina custard in syrupy filo) at one of Athens’ old patisseries.

3. After writing 18 cookery books and having had them all translated into English, what traditional Greek cuisine recipes are the ones that are most popular among your readers and followers?
According to my website statistics, I would say that my most popular recipe is spetsofai (sausage and peppers)! Other popular recipes are soutzoukakia smyrneika (spicy meatballs in red sauce), many variations on shrimp saganaki, as well as vegetarian dishes, such as spanakoryzo (spinach and rice), a variety of saut?ed greens, and pilaf.

4. Home cooking, taverna, street food, award-winning restaurants. Tell us about the gastronomical options available to Attica visitors.
Most popular among international visitors are the small tavernas, whether on the mainland or on the islands of Attica. Visitors want to go to restaurants that have won awards for a different gastronomical experience, but they also seek the purity of taste in simpler venues. Tourists like to go to places they wouldn’t find on their own, little bistros, places that serve meze, and traditional tavernas in arcades in downtown Athens or hidden away where they’re hard to spot. Welcoming, affordable places where they can try simple, traditional recipes, and be welcomed with a smile. And Attica, from one end to the other, whether in central Athens, the suburbs, or on its beautiful islands like Aegina or Poros, has this authenticity of taste, the peoples’ love for what they do, and their warmth.

5. Do you believe that Attica’s gastronomy has changed in recent years and how do you imagine its gastronomical future?
There has been great development in Attica’s gastronomy in recent decades. I have been here since 1992 and have watched the entire journey. Many years before the 2004 Olympics, we had pushed to the side the concept of tradition in taste. Then there was a sharp turn and we rediscovered our roots and identity as regards taste, and moved forward dynamically, developing traditional Greek tastes. The years of the crisis temporarily stopped this progress, which is now pressing on, full steam ahead. Attica is a complicated region with a multitude of gastronomical options, very high quality products, and equally good value for money with respect to quality.

6. What routes on Attica’s gastronomical map would you recommend to visitors?
I would definitely recommend that meat lovers visit the triangle at Kalyvia and fish lovers visit Piraeus. There is also a unique route in the Kallidromiou street market, which is, in my opinion, the most beautiful street market in Athens. I would recommend visitors go early in the morning to enjoy the colours and scents from the stands, and then take a stroll to Patissia, which although located down town, is an unexpected surprise. On its pavements one will see olive trees, orange trees, fig trees, an unexpectedly pleasant sight for foreigners, as they do not encounter it where they are from. I would definitely recommend a stop at the Athens central market and the little shops around it, the spice shops on Evripidou Street, while no one should miss out on trying authentic Greek yoghurt, which all foreigners love! It would also be interesting to take a souvlaki-tour from Kaniggos Square to Syntagma Square, as well as a east-middle east tour, with tastes from Istanbul, eastern cuisine (such as Afghanistan, for example), and have some baklava for dessert! Victoria Square also has great bakeries for a breakfast snack and incredible little taverns and ethnic restaurants if you want to try something different. For a unique experience, I would recommend a rebetiko tavern, with meze and live music.

7. What Attica products would you offer to a visitor from abroad?
I would give them wine, a modern version of retsina, cheese from Mesogia, maybe some small desserts, such as sesame bars with pistachio nuts, artisanal Greek chocolates from Kolonaki, and pies. I would add to the gift basket items that have to do with taste, created by people in Attica who produce utensils, ceramics, even aprons with modern designs.

8. Unique tastes are combined in visitors’ memory with specific locations and cultures. What recipes would you recommend to a traveller, in order for them to be able to cook a dinner when they return home, that will mentally take them back to Attica?
I would mainly recommend vegetarian dishes, which are unique and intertwined with Greece, such as our ladera (dishes cooked in olive oil), aubergine spread, olives, feta cheese, and other cheeses. Besides, this is what visitors send me in their pictures when they cook something Greek at home! They send me pictures with shrimp saganaki with tomato and feta cheese, courgette balls, lamb with potatoes in olive oil and oregano, and even leeks and courgettes. They even make tzatziki, while some people mess around with it and add more than just cucumber!