Discover the incredible nature of Attica, its ancient secrets and fascinating myths! 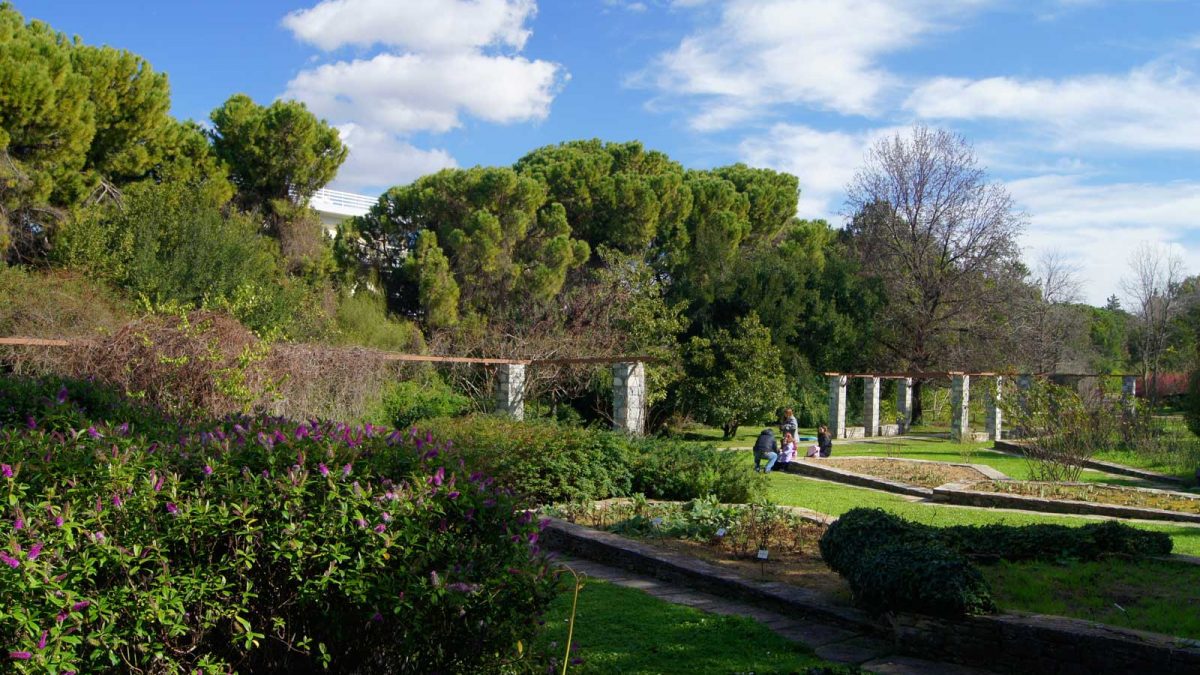 Attica has created its own unique “crossroads of flora”. The species that “travelled” with the wind and birds from all over Greece, have given the region an extraordinary variety of plants, that is full of surprises: beautiful wildflowers, unexpected species and herbs with healing, cosmetic and aromatic qualities.

The olive tree, which was considered sacred in ancient Greece and dominates Greek mythology, history, science and nutrition, marks Attica’s countryside, just like the grapevine, which according to the myth, was first discovered by Staphylus, son of Dionysus. Here you will also see a plethora of wild fig trees, pistachio and pomegranate, the tree that relates to the myth of Persephone’s abduction by Hades. The almond tree became the symbol of hope, when according to the myth, gods transformed the beautiful princess Phyllis into a tree, after she died in despair waiting for her loved one, Demophon, to return.

In Attica’s mainland and islands you will often see firs, cedars, pines, cypresses, eucalyptuses, poplars, acacias, willow trees, plane trees and oak trees, while other typical trees and plants of Attica’s nature are carob trees and rushes, oleander, loquat and lilac, as well as furze, angelica and pistacia.

The wonderful colours in Attica’s natural landscapes are due to lavender, cyclamen, centaurea cyanus, ricinus, lilies, wild geranium, poppies and daisies. The anemone is associated with the romantic myth of Adonis and Aphrodite that inspired great poets, such as Ovid and Shakespeare. Iris was named after the goddess Iris, personification and goddess of the rainbow, while narcissus, the exceptionally handsome young man of the myth, fell in love with his own reflection and eventually turned into a gold and white flower.

On the streets and in the neighbourhoods of Athens, the small, lovely judas trees with the beautiful pink flowers will definitely catch your eye. In springtime the blooming citrus trees fill the air with their wonderful fragrance and mulberry trees with their dense foliage spread their delightful shade in the city.

For thousands of years, the most ancient plant in Greece, acanthus, has been blossoming around the Acropolis. It is a wildflower with large prickly leaves and beautiful white and purple inflorescences, found in shady spots, usually under trees. Acanthus is the most characteristic floral symbol in ancient Greek art, a common decorative pattern on Corinthian order capitals. The leaves of acanthus are also depicted on the antefixes of “old” Athens, which are still being used as decorative items.

At the Temple of Hephaestus in Thission you will come across the symbol of beauty and youth, the myrtle. It is the sacred plant of Paphos Aphrodite, who hid behind a myrtle when she emerged naked from the sea. Broom plants grow on the hills of Lycabettus and Tourkovounia, while ivy, the plant of Dionysus, grows in the shade at the National Gardens. Attiko Alsos (Attica Grove) and Ilissos are full of beautiful chaste trees, while tamarisks (salt cedars) grow at the coasts and islands of Attica, and at the Temple of Olympian Zeus. The agave plant or immortal is a typical plant you will find at Zappeion and Lycabettus. It has thick, fleshy leaves and blossoms only once in 100 years. Its flowers are yellow, its inflorescence is extremely tall and totally stunning!

The unique experience of Attica’s open-air cinemas is closely associated with the intoxicating aromas of honeysuckle and jasmine, as well as the beauty of the bougainvillea, which you will also marvel at the narrow alleys of Attica’s islands, spreading its wonderful magenta colour.

Among the 4,000 plant species growing at the breathtakingly lush Diomedous Botanical Gardens, you will come across some of Attica’s and Greece’s indigenous plants, each accompanied by comprehensive information about their origin and historical value.

Mount Parnitha’s indigenous plants are the wild carnation (dianthus serratifolius) and campanula (campanula Celsii) with its enchanting deep blue bellshaped flowers, which grows in rock cracks and gaps. Here you will also marvel at the famous crocus (crocus sativus), the plant with the colouring and therapeutic properties, which gives one of the most expensive spices in the world. Two recent scientific analyses concluded that the area of origin of crocus sativus, widely known as saffron, is Greece and Attica in particular. Kythera is the only place in Attica that hosts a unique plant, with yellow flowers that never die: it is called “sempre viva” and it symbolises eternal love, according to the romantic story of Paris and Helen of Troy.

Attica’s climate is Mediterranean and the flora species that thrive here are resistant to hot summers and fond of mild winters. In Attica’s countryside you will often come across semi bushes, as well as a multitude of herbs, which grow wild in forests and unfarmed land, but are also cultivated in residential areas outside the cities, in vegetable gardens and groves. Outstanding figures of ancient Greek philosophy and science, such as Hippocrates, Aristotle, Theophrastus, Dioskourides and Galen, thoroughly studied these plants and their healing qualities.

Attica’s plants and herbs that have been used in people’s daily diet for centuries are the thyme, the balm, the savory, the oregano, the pennyroyal, the mallow, the sage, the chamomile, the rosemary, the basil, the spearmint and peppermint, the nettle and the rue herb (ruta graveolens). The Venus hair fern (adiantum) grows on rocks close to taps, shafts or gullies with water, the gorgoyiannis (wild clary) has many pharmaceutical properties known from antiquity, the boranga (borage) attracts bees and its scent is similar to that of cucumber, the red valerian helps with insomnia and medick (wild trefoil) is used in salads and soups in spring.

Here you will also see the koumaria (strawberry tree) with its beautiful colour feast around Christmas and the mandrake (mandragora autumnalis) with its wonderful blue flowers, known since ancient times for its pharmaceutical substances.

Edible and extremely healthy, the greens of Attica – the galatsida (reichardia), the wild arugula, the vrouves (sinapis arvensis), the chicory, the sorrel and the Mediterranean hartwort, grow wild in the countryside. In Kythera, the wild artichoke is grilled with plenty of olive oil and kosher salt. Caper often grows on walls and ruins, on stony fields and on compact rocks, while rock samphire is found at the beaches and in sandy ground.

Katsoula (wild carrot) with its big round and wide flower is said to be the ancestor of cultivated carrot, while the wild celery (Alexanders) is used in herb pies and roasted fish. At the Olympic Games, winners were given a wreath of bay laurels, the sacred tree of Apollo. Story has it, the Greek god fell in love with nymph Daphne (Bay), but she didn’t accept his love and her mother Gaia (Earth) turned her into a bay laurel to save her.

The wonderful nature of Attica’s mainland and islands unveils ancient secrets, myths, traditions and enchanting images to all visitors. Explore, photograph and protect the plants, herbs and trees of Attica in the parks, on the hills and at the archaeological sites, in the forests, the farmlands, by the sea and along the paths and trails of the islands.