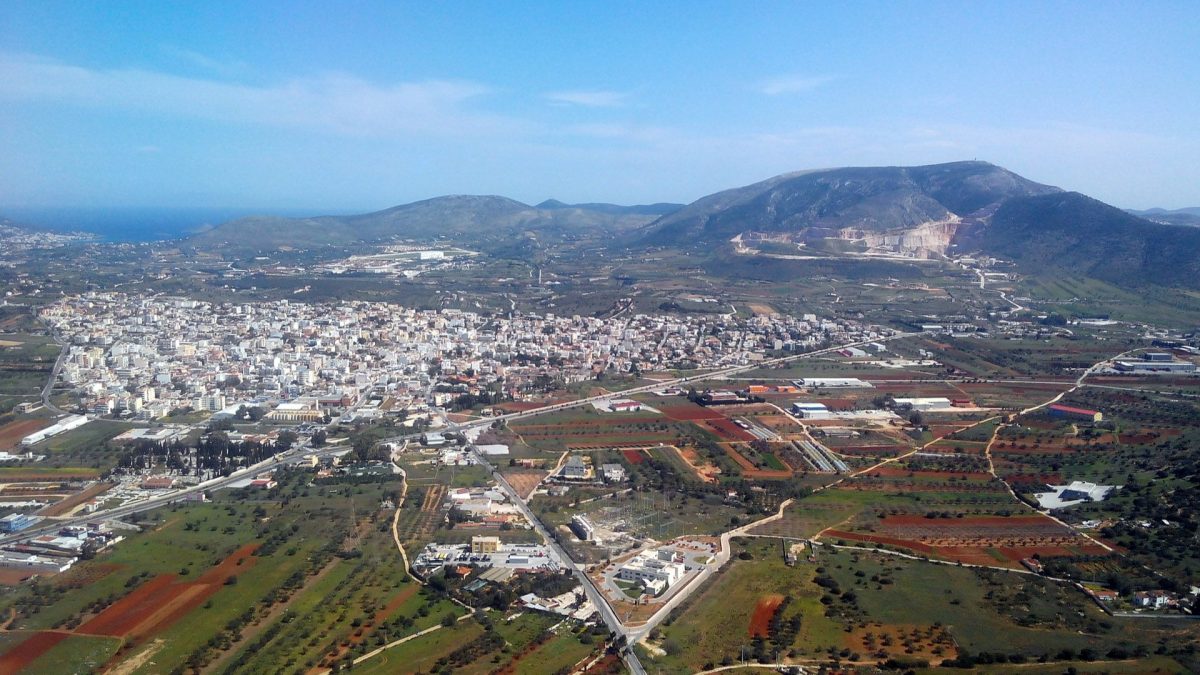 The Municipality of Markopoulo is situated in Southeast Attica, in the Mesogea plain, and has two natural outlets to the sea, the districts of Vravrona and Porto-Rafti. It is the final destination of the prominent Attiki Odos motorway, and provides direct access to “Eleftherios Venizelos” Athens International Airport.

Recent archaeological finds indicate that the region was inhabited as early as in the Stone Age. Today’s Markopoulo town was formed from an early Arvanitic settlement in Attica, and its people still maintain solid bonds with their roots, hence the region’s rich history, traditions and folklore.

Markopoulo, just like the whole Mesogea region, is particularly famous for its extremely fertile land and the multitude of its quality products. Cultivated vineyards, olive groves and pistachio trees form the landscape of the area. Visit one of the many wineries of the region to taste the extraordinary local varieties, and seek the products of this blessed land in selected stores in Attica.

Apart from the natural beauty of the area, visitors will also marvel at the scattered monuments and archaeological sites that testify Markopoulo’s rich history. Major attraction of the region is the archaeological site of Vravrona, one of the 12 ancient cities of Attica, with the famous Temple of Artemis that was among the most important sacred sites in ancient times. According to tradition, the sanctuary featured a statue of the goddess that was transported by Orestes and Iphigenia from Tauris, by command of Artemis.

The harbor of Markopoulo Municipality, Porto-Rafti, is one of the most popular seaside resorts and summer destinations throughout Attica. Its most characteristic spots are its harbour with the exceptional tavernas, and the beautiful promenade with the cafes, that ends at the main organised beach of the area.

Markopoulo became known all around the world during Athens 2004 Olympic Games, since it hosted the sports of equestrian and shooting. When you visit the Municipality of Markopoulo, don’t miss the Vravrona Museum, the Temple of Artemis, the hippodrome, the Olympic Equestrian Centre, the Vravrona wetland, the organised Avlaki beach and the picturesque little harbour in Porto Rafti.