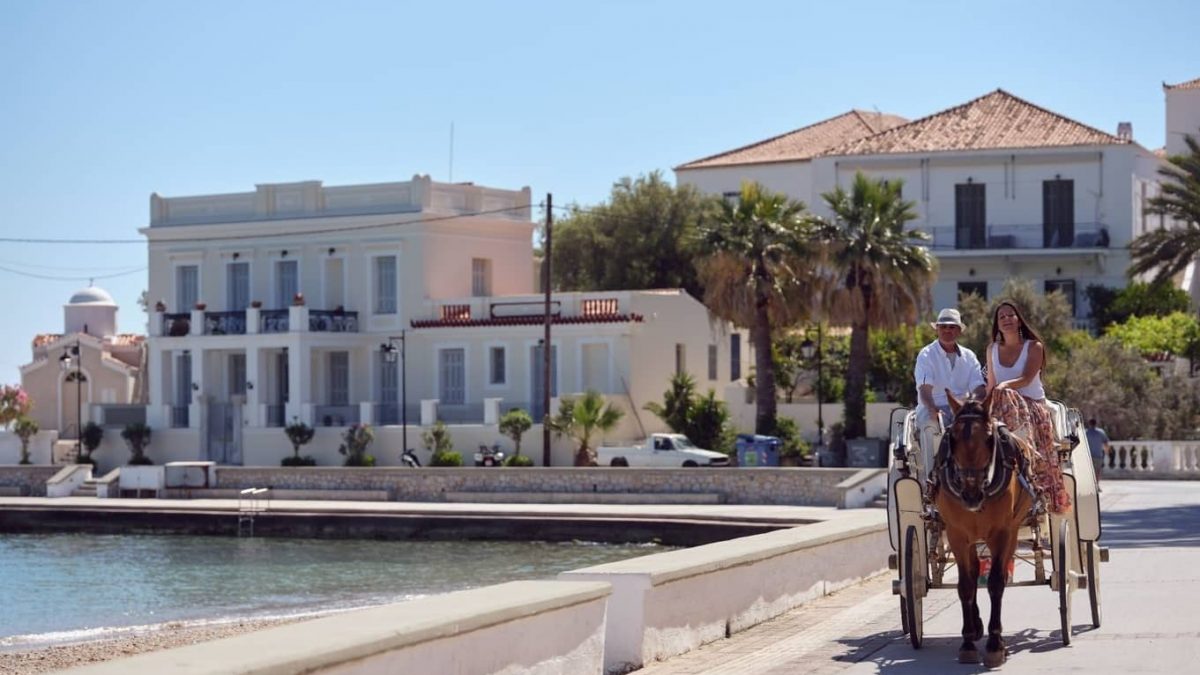 The Municipality of Spetses in the Region of Attica is located in the Saronic Gulf, 50 miles from Piraeus, and includes the island of Spetses and its nearby islets. In antiquity, Spetses was called “Pitionissos” and “Pitioussa”, while the Venetians later named it Isola di Spezia, i.e. the Island of the Aromas, due to the many flowers that grew on the island.

An island with long and glorious history, Spetses played a leading role during the 1821-1832 Greek War of Independence. The Spetsiots raised the Revolution flag on 2-3 April 1821, at a grand ceremony and amidst cannon fire. The island’s fleet participated in a large number of naval battles and garrison sieges, while some of the most heroic figures of Greek History came from Spetses, such as Laskarina Bouboulina, Andreas Miaoulis, Hadjiyiannis Mexis and Kosmas Barbatsis.

In 1822 under the command of admiral Andreas Miaoulis, the combined fleets of Spetses, Hydra and Psara rushed to confront the Turkish fleet, east of Spetses. At the naval battle that followed, more than 140 vessels were engaged. At a crucial point during the battle, the Spetsiot fireship captain Kosmas Barbatsis managed to penetrate the Turkish fleet formation and direct his fireship against the Ottoman flagship, which fled to avoid it. The heroic act of the Spetsiot captain eventually led to the withdrawal of the entire Ottoman fleet. In memory of this historic event, the Spetsiots built the chapel of Panagia Armata on the headland of the Lighthouse and celebrate the anniversary of this heroic act at the Armata festival, which is held every year, the second week of September. A grand and spectacular festival that features theatrical and music performances, culture exhibitions and a multitude of events, escalating into the re-enactment of the Spetses Naval Battle in the harbour of the island.

In the early 20th century, the rapid development of Spetses begins, mainly initiated by the island’s benefactor Sotirios Anargyros. Among others, he built the famous Poseidonion Hotel, following the style of luxurious French hotels, which was inaugurated in 1914. By the ‘60s and ‘70s, Spetses island has been established as ideal vacation destination for Greek and foreign visitors alike.

Today the island impresses with its stunning pine-covered landscapes and its mountainous terrain, with the chapel of Profitis Ilias built on the highest peak; with its capes and enchanting beaches; with the picturesque narrow streets in the town of Spetses; with the traditional architecture, the neoclassical houses, the mansions and the imposing captain houses; with its rich traditions and the multitude of sights; with the calm and relaxed atmosphere of the island, which has been declared car-free already since 1967.

In Spetses you will savour local produce of excellent quality, such as olives and olive oil, cereal, grapes, almonds, figs and livestock products, and taste unforgettable local recipes, mainly based on the island’s fresh fish.

Spetses
Get DirectionsView on Google Maps