The stunning Street Art of Athens! 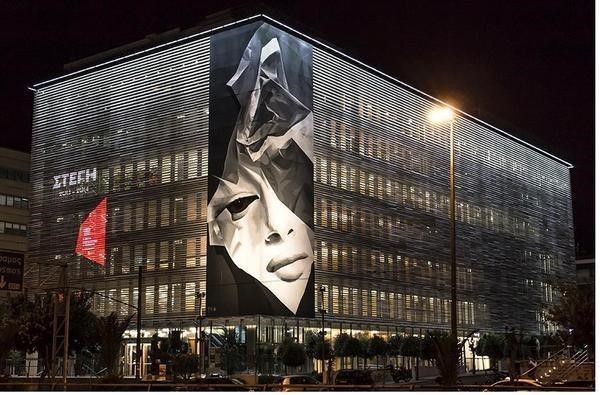 Athens is no ordinary European capital. It is a city with extraordinary images and character. Here, ancient monuments co-exist with contemporary urban culture and Greek folk tradition goes side by side with the colourful culture of different ethnic groups, creating a versatile landscape of a true metropolis. A metropolis that invites visitors to discover it. The neighbourhoods in the centre and the suburbs of Athens compose a majestic, multicoloured mosaic, and at the same time a white canvas for artistic creations that have things to say…

Essentially, Athens street art begins in the ’90s, reaching its climax in the period after the 2004 Olympic Games. Ever since, artists have evolved significantly. With studies at the Athens School of Fine Arts and knowledge on graphic arts, typography and calligraphy, street artists of Athens now organise solo painting exhibitions and participate in group art activities, while their reputation has moved beyond Greek borders. They have been featured in the pages of the Guardian and the Νew Υοrk Times, while their works are displayed in museums and galleries abroad. Each with their own personal and distinctive style that has been imprinted in the mind of Athenians, even if their murals have been erased over the years.

The concrete wall is the canvas. The brush, the roller and the spray are the tools. The artist’s inspiration and creativity are in the lead: large-scale or smaller murals, straightforward lines or complex compositions, Athens street art is versatile and out of the norm. Here you will come across works that are colourful or black & white, fairytale creatures, surreal designs, romantic figures, photorealism, portraits, abstract painting, rigid geometrical patterns and shapes, allegorical creations, murals with political or social messages.

A number of cultural activities that take place every year in Athens give street artists the opportunity to create and express themselves, transforming parts of the city into a painting canvas. Festivals such as the Petit Paris d’ Athenes and the Street Art Project, as well as open happenings and events about street art in different parts of the city, in art spaces and cultural centres are organised with the participation of established names of the Athenian street art scene. Visual urban interventions – defined and licensed – that still catch the eye have been initiated by the City of Athens and have been created as a result of the collaboration between the Ministry of Environment & Energy and Athens School of Fine Arts. Other actions include the “School Murals Painting” programme by UrbanAct, which transforms the grey walls of school buildings into colourful canvasses, with the participation of students. In the meanwhile, street artists of Athens exhibit their creations in galleries, they give foreign visitors organised walking tours on the Athenian street art and are famous all around the world!

In Athens, art is everywhere. Here you will see stunning neoclassical buildings and architectural Art Nouveau jewels that pop up out of nowhere, streets and neighbourhoods with history, and vacant spaces that are filled with colours and designs by young talented people. Art for all, open to society and part of the citizens’ daily life. This is Athens street art, and it is simply stunning!

In the majestic areas of Plaka and Anafiotika there are spots that resemble street art galleries, while in the narrow streets around Monastiraki and Psyrri it feels like walking in an almost kaleidoscopic scenery. Street artists spread out their art and the audience – citizens and visitors of Athens – marvels at the end result. From Pangrati to Exarhia and from Pireos street, Gazi, Metaxourgeio, Kerameikos and Votanikos to Piraeus, impressive murals catch your eye and make you want to pause and look in awe at these works of art that adorn the city, each with its own distinctive character.
Next time you go out for a walk in the… outdoor galleries of Attica, look around you. On low walls and in narrow streets, in open parking spaces and on the side walls of public buildings, you will find your own favourite work of art.