Athens – Attica: A foodie paradise in a blessed land 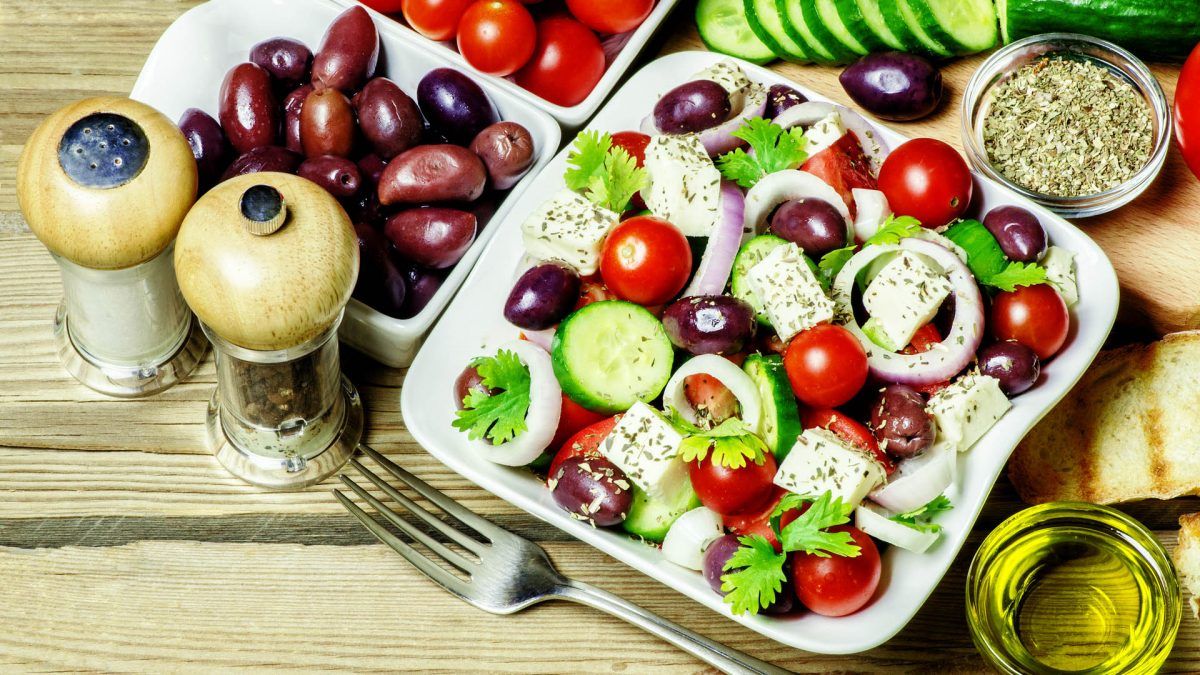 «Greece left me breathless… The majority of the actors visiting Greece, we combine Greece with the food, because when in Greece the flavors come alive and they take you in a dream trip». Leonardo di Caprio after a visit in Spetses Island (Attica).

So, it is not astonishing that Athens ranks fourth on a list of top food destinations around the world as endorsed by the travelers of Booking.com. Most probably, since the famous Mediterranean nutrition, forms part of the everyday way of life, for inhabitants and visitors alike.

Attica is the land of olive trees, honey and wine since antiquity.

Legend has it, that the king of Olympian gods, Zeus, offered a contest between Athena and Poseidon for the possession of Athens. Poseidon rose up his three-pronged trident, smashed it upon the hard rock of the Acropolis and a salt spring sprang. Athena, on the other hand produced an olive tree with its rich fruits bountifully dangling from the branches. The Athenians chose Athena’s gift and the olive tree has remained a central part of Greek life ever since, for all of its profound known qualities.

Likewise, for honey: in Greek mythology, Zeus was nursed by the nymph Melissa (her name means bee in Greek), who fed him with honey. Melissa also introduced beekeeping and the benefits of honey to the local population. Attica’s honey was renowned in ancient times for its high qualities. The Roman writer Pliny the Elder sings its praises and, like Virgil before him, suggests that the sweetest, most aromatic honey is made with thyme.

Martin Luther said: “Beer is made by men, wine by God!” The Greek god of wine was Dionysus, god of joy and art. He introduced to the people of Attica, 3000 years ago, the cultivation of the vine and the art of wine drinking. The Great Dionysia, a festival in his honor was held in the spring, when vines would start bearing leaves. It was one of the most important events of the year and it focused on theater productions. Most of the great Greek plays (tragedies and comedies) were initially written to be performed during that time. All participants, writers, actors, spectators were regarded as sacred servants of Dionysus during the festival.

Athens offers both traditional Greek fare and international food. There are many restaurants, tavernas, rotisseries, snack bars and mezethopolia for all tastes and budgets. There are also awarded chefs and Michelin starred restaurants. One can try French, Italian, Indian, Chinese, Japanese, Mexican, tapas and vegetarian cuisine or street food from all over the world. If you visit Athens in May, don’t miss the famous Street Food Festival.

Eating with a view

After a long day of sightseeing and shopping, dine in one of Athens’ restaurants with a view. They can guarantee not only high-quality food, but also the most spectacular views of the city. Most of them are rooftop restaurants in large central hotels and museums, or in the historic centre of the city.

In most European countries dinning has specific hours and so do restaurants, not in Athens. If you ever feel hungry after midnight, you will find such a variety of available options around, that you’ll be amazed!

Traditional Greek cuisine is very diverse, intensely full of flavors, high on nutrition and healthy. It is all about fresh ingredients, seasonal produce, just-caught seafood, regional cooking styles and minimal dressings. Arriving from all over Greece and from Hellenic bastions beyond Greece proper (Alexandria, Constantinople, Smyrna, Pontus, etc.), Athenians have brought with them a combination of cultural intricacies and traditions. Behind the bare buildings of modern Athens lies a much more intimate fabric of civilization based on old culinary secrets. Traditional recipes include:  moussaka, gemista, dolmathakia, savory pies etc.

From the heavenly seafood delicacies of the tavernas of Piraeus, Attica Riviera or the Saronic islands, to the Nothern Suburbs of Athens where traditional tavernas specialize on charcoaled meats, Attica is a culinary paradise! If you want to eat like a local, there are dozens of tavernas and “mezethopolia” at Plaka’s alleys, Psirri, Monastiraki, Exarcheia, Pangrati, Gazi, Thisseio, Ano Petralona, offering a full meal of famous mezethes and appetizers. You can accompany your meal with a glass of wine, beer, ouzo or tsipouro.

Stroll around the Varvakeios Municipal Market restaurants and enjoy traditional greek mezethes at decent prizes, or take a walk at Athenian farmers’ markets (laiki) and buy seasonal produce for a song. Alternatively, you can choose either a culinary tour of Athens or of Attica and enjoy an exciting journey in the secrets of Greek history and cuisine, or taking a greek cooking lesson. Team up with a trained chef to discover the flavor combinations and cooking techniques that give Greek cuisine its aromas and characteristic flavors.

So simple yet so tasty!

For salad, try the famous mouth-watering choriatiki, made with organic tomato from Vravrona, cucumber from Kalyvia, oregano and capers from Mount Hymettus, black olives from Megara, virgin olive oil from Troezen, red wine vinegar from Spata, onion and garlic from Marathon and feta cheese from Lavrio.

For main dish, try the simply charcoaled fresh fish, served with just a touch of olive oil and a squeeze of lemon. Or, try another favorite, grilled meat. Souvlaki and gyros are skewered meat versions wrapped in pitta bread, with tomato, onion and lashings of tzatziki (greek yogurt and garlic sauce).

In any case, end your meal with a local sweet: Fresh fruit, loukoumades (fried donut balls soaked in honey or syrup and sprinkled with cinnamon) or Greek yogurt with honey and walnuts.

Discover the secrets of wine in the wine route at Mesogeia. The viticulture zone of Mesogeia lies in the area of eastern Attica, east of Mt. Hymettus. It holds from antiquity times a tradition in the cultivation of vineyards and the production of wine.

The Savvatiano grape variety, typical of the region, produces golden-colored wines with a light taste, delicate aroma and low acidity. Today, due to the continuous efforts of some local producers, a range of new wines is based upon the variety of Savvatiano. It is the main grape variety used in the production of Retsina, followed to a lesser degree by another grape variety, rhoditis.

Retsina is the best known traditional Greek wine. Its unique flavor makes it an excellent pairing for Mediterranean cuisine and light summer dishes. “Retinitis oenos” as it was called in antiquity, has been steadily produced for thousands of years, by the addition of the natural resin extracted from pinus halepensis (commonly known as Aleppo Pine) during fermentation of white and, in rare cases, of rosé wines. Having left only its aroma in the wine, the resin is then removed.

Many of Mesogeia’s wines are designated as Protected Geographical Indication (PGI). Find more details on local wine production as well as the wineries you can visit, on the Winemakers Association of Attica’s Vineyards’ webpage. While in Mesogeia, don’t forget to include a visit to the Wine Museum, where you can explore the magical world of wine, its history and related art.

If you are interested in culinary heritage, visit the new Museum of Greek Gastronomy, on Agiou Dimitriou Street, in the Psyrri neighborhood. In its excellent courtyard restaurant, bordered by potted plants and fragrant herbs, you can indulge yourselves with a cup of Greek coffee, a drink with mezethes or a delicious full meal.

Explore Attica, in a culinary trip for all your senses!