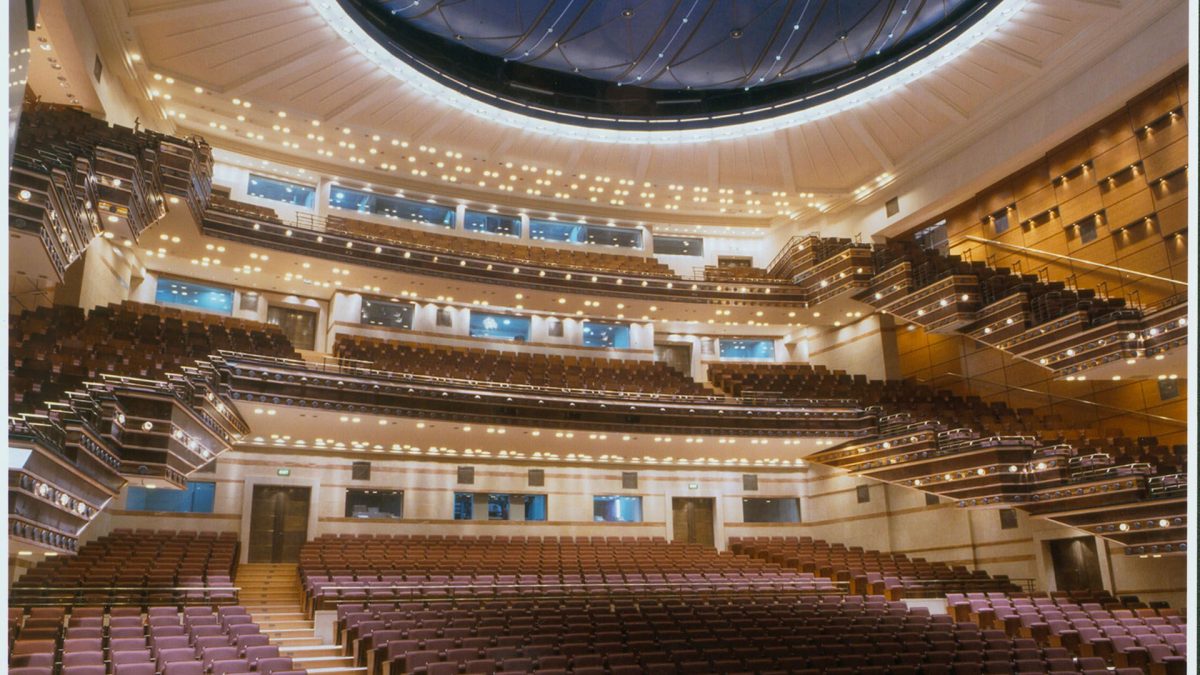 Music is in the air

Once you have arrived in Athens you will realize how much of a role music plays in Greeks’ daily life. Music is everywhere: in the streets, cafes, taverns, restaurants, museums, art galleries, libraries, churches, public parks, and of course, in the bars, nightclubs and in the concert halls and the opera houses of Attica.

The Greek capital offers a sheer number and variety of musical events throughout the whole year. However, the best season for classical music and opera lovers is the autumn/winter one.

Although most people usually don’t associate Greece with classical music, the field in which Greece has made the most important international contribution is classical music and opera. Everybody, whether passionate of opera or just curious, knows Maria Callas, the legendary soprano of the 20th century but very few actually know that the founder of the Vienna Musikverein in its present form, was a Greek of diaspora, Nikolaus Dumba, whose Johann Strauss extolled the legendary role in music and the arts and in the ‘expansion and embellishment’ of the city of Vienna by dedicating the choral waltz Neu Vien to him.

Music to your ears

Opt for a concert at one of the four auditoriums of the famous Athens Megaron, where distinguished artists and orchestras from Greece and all over the world perform classical music’s best-loved works and experimental compositions as well.

Enjoy a special evening with some of the finest soloists in the auditorium of the Onassis Foundation Cultural Center, an excellent sample of contemporary architecture hosting also events and actions across the whole spectrum of the arts from theatre, dance, music, cinema and the visual arts to digital and hybrid art and the written word.

Immerse your senses to the thrilling world of opera

Opera fans you are really well served: Attica features three opera houses, two in Athens and one in Piraeus: the Athens Megaron Alexandra Trianti outstanding auditorium hosting international opera productions, the Stavros Niarchos opera hall and the beautiful 19th century Piraeus Municipal Theatre with an overall seating capacity of 1,300 and a stage considered as one of the very few remaining examples of baroque art throughout Europe.

The Stavros Niarchos opera hall (28,000 m2) hosting since 2017 the Greek National Opera and its high-calibre artistic program, is the new opera heart of the capital. It is located in Stavros Niarchos Foundation Cultural Center (SNFCC) a multifunctional arts, education and entertainment complex designed by Renzo Piano on the edge of Faliro Bay.

Furthermore, the SNFCC Alternative Stage (400 seats) is for the Greek National Opera a hub of research and creativity in the field of education, community and contemporary artistic creation, with special emphasis in all forms of the musical theatre.

Live the unique experience of a musical event in one of the Athens Museums such as the Acropolis Museum, the National Archaeological Museums, the Theocharakis Foundation and the internal courtyard of the New Benaki Museum, or in a historical library such as the Genadeios Library, as well as in the Athens Megaron Music Library Lillian Voudouri.

Visit St. Paul’s Anglican Church, a listed monument of the capital. Its excellent acoustics and the beautiful tones of its organ provide the ideal combination for concerts and musical events. Recitals of early music are also held in the autumn/winter season. These are complemented by a ‘sing-along’ of Handel’s Messiah at the approach of Christmas, where everybody can add their voice and rejoice.