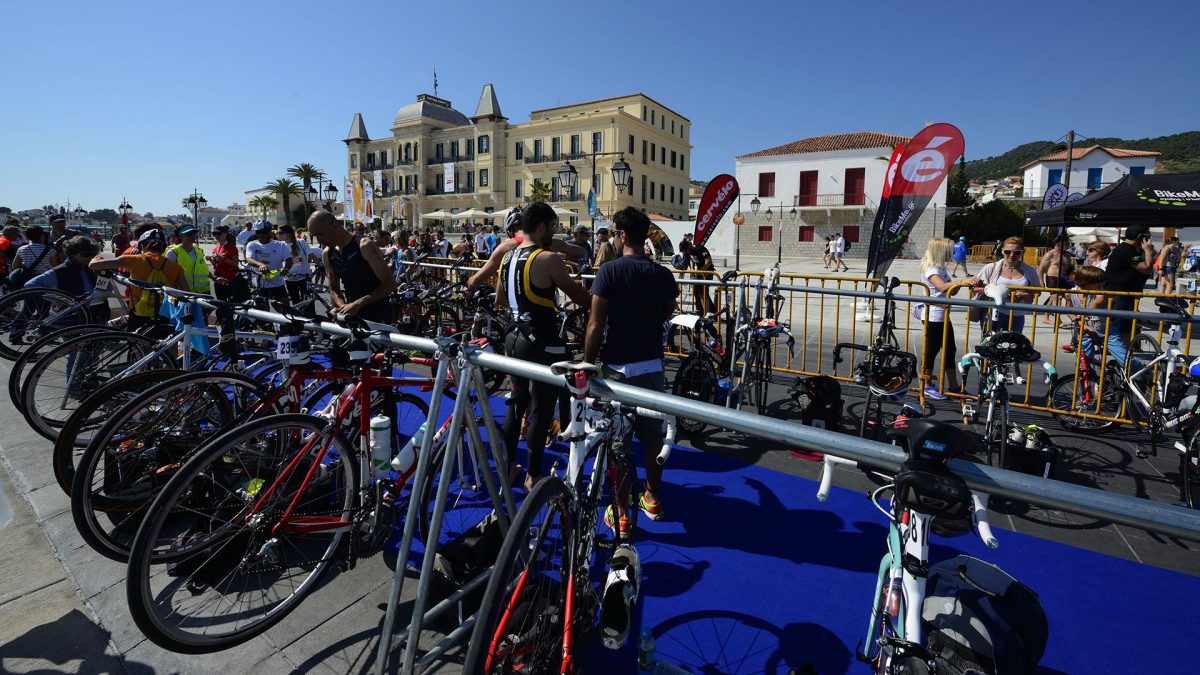 Out into the open air

Athens and its region feature a geographical diversity and a mild climate which make it possible to practice all outdoor sports. The Saronic islands and the island of Kythera are also a source of tremendous tourist satisfaction since they put forward a varied range of opportunities.

Running fever has attacked Attica, with runners in the region of the Greek capital taking to the streets at every opportunity. Ultra-Marathons, marathons, half-marathons, mini marathons, 10km Road Races, 5km Road Races, Races for kids and Races for People with Disabilities are organized every year in Athens, in many Athenian suburbs and in the Saronic islands.

If you want to find out more about new running tours that will introduce you to the Greek capital in an active way, join a running tour of Athens combining sightseeing and sport.

Set the wheels in motion!

You will be glad to know that you can hire a bicycle in Athens. Some of the agents offer an enchanting guided ride around Athens.

There are also bicycles available to residents and visitors at selected points (close to rail and metro stations, in main squares and at town halls in Technopolis, Nea Smyrni, Moschato, Tavros, Maroussi, Marathonas, Keratsini-Drapetsona).

Cycling is a great way to see some of the leafy northern suburbs of Athens:  Chalandri, Vrilissia and Kifissia have created their own small network of cycle trails.

Rolling on the coastal road of Palaio Faliro (after the tram lines to the sea) is a very romantic experience, particularly at the sunset.

Follow the Metropolitan Cycle Path leading from Thissio to Faliro (Stavros Niarchos Foundation Cultural Center) in less than half an hour, park your bike at the designated bicycle parking racks and enjoy walking in the attractive Stavros Niarchos Park.

Share the joy of the bicycle enthusiasts and professional athletes by participating in the Athens Bicycle Round taking place during the Athens Bike Weekend in May.

The Athens Bike Festival, organized at Technopolis during the European Mobility Week in September offer to its visitors (35.000 in 2015) the opportunity to see and test the latest bike models, to discuss with the market experts and to experience an alternative lifestyle through the parallel activities.

Mountain bikers are invited to live a thrilling and revitalizing experience by following the marked trails in the National Park of Parnitha, on Mount Hymettus, on Mount Penteli and Mount Pateras. Once again, the rides range from every easy to very difficult.

Greece water sports centers, especially those of Varkiza, Schinias and Vouliagmeni offer sports for all ages and preferences, from typical turbo rides and bananas to Jet Ski, wake boarding and stand up paddle.

One of the most famous areas for Greece wakeboarding is the island of Poros and its ski club. There is a bay between the island and Peloponnese that offers calm waters, with any weather conditions.

From spring to late autumn, Greece is the destination for surfers and kite surfers.

In Attica, the best organized windsurfing spots are Nissakia (Loutsa), Schinias and Anavyssos. There are also Thoriko, near the port of Lavrion, Loutsa beach and any beach that has “clean” and strong waves and is not windy near the shore. Vouliagmeni, in front of Okeanida, is the most acknowledged windsurfing beach in Attica, followed by Varkiza, Vravrona–Chamolia and Rafina outside the port and at Kokkino Limanaki.

The best kitesurfing beaches in Attica are Loutsa, when the wind is north, Schinias and Anavyssos, when it is south, and Oropos when there is no wind, because there is a local phenomenon called thermal wind.

At Porto Rafti, you can practice water skiing, wakeboarding and marine activities such as couch tubes; banana, canoe and SUP (stand up paddle).

Combine exploration and exercise in one fun adventure: sea kayaking in Agistri Island.

Scuba diving begins to be a popular water sport in Attica. This state of affairs is chiefly owed to the bewilderingly rich underwater world of the Saronic Gulf: ship wrecks, reefs with extraordinary marine life, underwater canyons and caves.

Get your masks and fins on to experience some of the cleanest and warmest waters the planet has to offer.  There are more than 50 diving locations. Most of them are located on the south – east part of the city, from Vouliagmeni Bay and Saronida to Sounion and Lavrion. Diving on the Saronic waters can be your lifetime experience.

You have to remember that you can only dive if you are certified.

For those who arrive in Attica by boat, you’re sure to find a race to your liking, since hardly a weekend exists without a sailing event of some kind on the calendar.

Along the coastline of Attica there are numerous sailing clubs where experienced sailors teach their craft and invite you to experience life at sea. There are also a number of nautical clubs on the islands of the Argo-Saronic Gulf, including Aegina, Salamina, Hydra, Spetses and Poros.

The Spetses Classic Yacht Regatta, the unique 4-day event organized by the Yacht Club of Greece and supported by the emblematic hotel of Spetses, Poseidonion Grand Hotel, is the greatest Classic Sailing event in Greece and attracts legendary boats such as Classic Boats, Traditional “Caïques”, Traditional Lateens and Dragons, from around the world.

Hydra hosts two annual three –day regattas that mark the beginning and the end of the racing season. The first one is held on the weekend before the Independence Day, on March 25, is organized by the Hellenic Offshore Racing Club and heralds the beginning of the summer. The second, held on the weekend before the Ochi Day, on October 28, is organized by the Historical Yacht Club of Greece.

Receptions, dancing and parties at every port of call wait for the participants in the Blue Cup Regatta organized every year in the beginning of November.

Romantic rides on a horseback

Horse riding is an alternative you can opt for, in view of diversifying your stay in Attica. 23 picturesque and welcoming riding clubs exist in the north suburbs, most of which are in the “Tatoï” area, in Varybombi, Paradisos (Maroussi), Parnitha, Ekali, Kifissia, Stamata and Melissia. You will find horse riding clubs in the south and east suburbs, which are scattered across the areas of Paiania, Markopoulo, Koropi, Anavyssos, Vari and Marathonas. There is also a riding club in Aspropyrgos, in the west of Athens. Discover hidden beauties and enjoy stunning views when riding on a horseback in the Saronic islands (Hydra, Spetses, Aegina, Poros, Salamina and Agistri).

And as the Ancient Greeks used to say: “ νοῦς ὑγιὴς ἐν σώματι ὑγιεῖ ”. That means: “Take care of your body if you want to have a healthy mind!”