Kythera: One of the best kept paradises in Greece 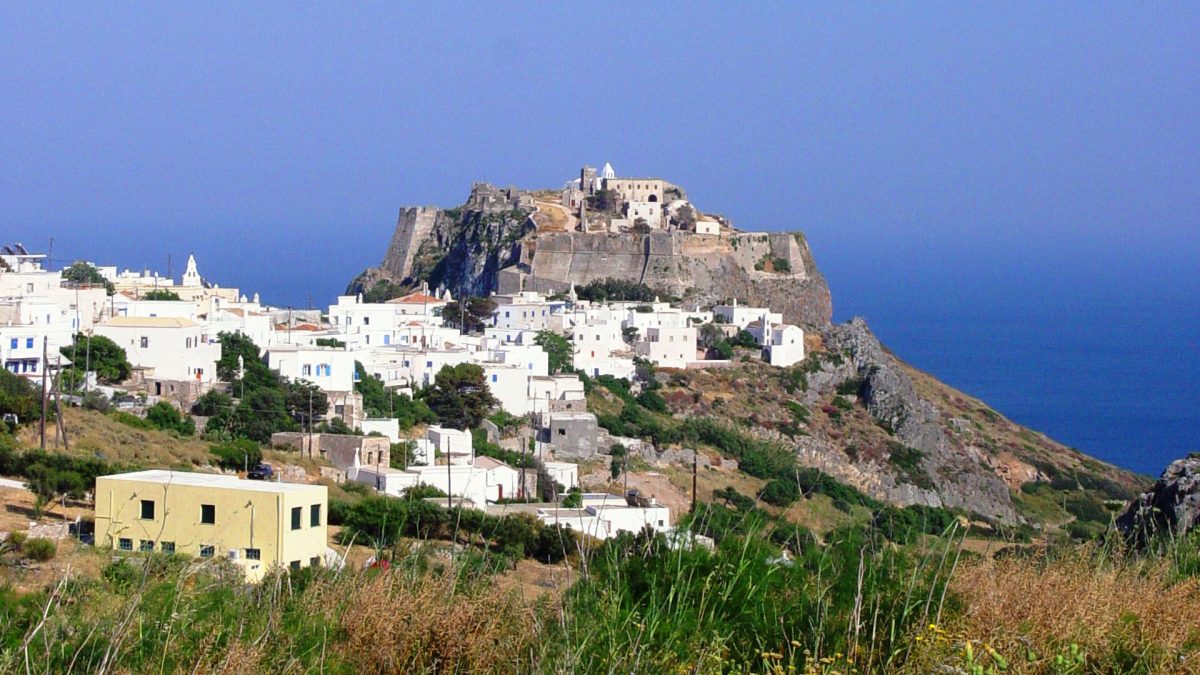 Kythera: One of the best kept paradises in Greece

Just beyond the treacherous cliffs of cape Maleas, the island of Kythera keeps its own personality and mysteries. The Venetians, who occupied the island for nearly 4 centuries used to say that the world makes a world and Cerigo (i.e. Kythera) makes another world: “Un mondo fa un mondo, e il Cerigo un altro mondo”.

Kythera: The Island of spiritual love and harmony

Many authors, poets, painters, composers, filmmakers and rock singers were inspired by the island of Kythera, perceiving it as the country of the pure love, the impossible dream and the paradise of love! It is maybe true. It is perhaps no by chance that in Antiquity, Kythera was the holy place of Aphrodite Urania (Celestial Aphrodite), the goddess of spiritual love and divine harmony, born, according to Greek Mythology, from the semen of Uranus (god personifying the sky) when Cronus castrated him and threw his genitals in the Kytherian Sea.

Floating at the intersection between the Aegean and the Ionian Sea, on a strategic position at the crossroads between East and West, the island has changed hands many times until its union with Greece in 1864. Minoans, Mycenaeans, Byzantines, Venetians and British left their marks on it. It’s up to you to discover them.

You can start your exploration by visiting the Archaeological Museum of Kythera. Its modern exhibition offers a journey through time starting from the 9th millennium B.C. and ending in the 3rd century A.D. The building features modern infrastructure, free internet access for visitors and it is also accessible to disabled persons. For visually impaired people a guide to the exhibition is available as well as a short book on the History of Kythera Antikythera written in Greek and English Braille code.

Climb up to the Venetian castle built in the 16th century on the top of the hill of Chora, the picturesque capital of Kythera. This naturally fortified area was called the eyes of Crete as it looks onto the three big seas Ionian, Aegean and Cretan. Wander in the castle-city and visit the Coat of Arms Museum, the church of Myrtidiotissa, the church of Pantokrator and the Palace of the Venetian governor, hosting currently the Historical Archive of Kythera, one of the most important Venetian Archives all over Greece.

Walk among the ruins of the Byzantine castle-state of Agios Dimitrios in Paleochora and let your imagination fly and feel like you’ve been transported back in time. Built in the 12th century at an altitude of 216m, it was sacked and burned to the ground by the Ottoman Fleet Admiral Kheyr-ed- Din Barbarossa in 1537.

Watch the sunset from the Venetian Castle of Kato Chora in Mylopotamos, built in a strategic position looking towards the Ionian Sea on the west coast of the island. Strolling through its stone houses and churches is a unique experience.

Go for a swim to the scenic fishing village of Avlemonas, on the east coast, where Lord Elgin’s ship “Mentor” carrying the Parthenon marbles sank. Walk along the paved path to the small octagonal Venetian fortress.

There are many well-preserved structures dating from the British protectorate (1815–64): roads, bridges, schools, the market (“Mercato”) in Chora, the “Lazaretto” quarantine building as well as the water tower and the lighthouse in Kapsali. The stone bridge in Katouni, completed in 1826 as a part of the road connecting the capital with Avlemonas, is one of the most impressive monuments of Kythera.

One of the most attractive parts of the island is the skerry of Chytra, reached by boat from the harbour of Kapsali. It is on its steep rocks that experienced locals handpicked the beautiful local flower of “Sempreviva” under the watchful eye of the Varvaki, a protected species of falcons nesting on the islet. The Chytra’s marine cave hosts the Mediterranean monk seal (Monachus monachus).

The “Neraïda” or “Fonissa” waterfall is a “Fairy” place not to miss out. Sparkling waters fall from a height of 20 meters, among huge plane trees, forming a small green pond. Bathe in the waterfall and maybe you will meet the fairy of your childhood.

Explore the cave of Agia Sofia Mylopotamou, another must see on the island. You will be impressed with the marvelous stalactites and stalagmites, as well as with the stone temple with frescoes of the 13th century, dedicated to Agia Sophia (Wisdom) and her daughters Elpida (Hope), Pisti (Faith) and Agapi (Love).

Go around to the island’s delightful tiny villages:

Chora, Aroniadika, Kastrisianika, Kato Chora and Mylopotamos have been listed as traditional villages.

Explore the whitewashed lanes of Chora, a place that sums up what makes Greek islands so special. The main town is set on a hill above its port Kapsali.

Kapsali is a lively place with bars, cafes and restaurants serving fresh fish and lobster, hotels, rooms to let and galleries. If you are at Kapsali in August, you will probably have the chance to enjoy thrilling moments looking at hundreds of baby sea turtles boil from the sand and scramble down the beach.

In Potamos, the largest village on the island, you will discover beautiful old mansions, the Venetian garrison headquarters, as well as the neo-classical building that housed the nursing home. Enjoy colors and scents of excellent local products sold at the framers’ market every Sunday

Visit Mitata the most beautiful – in terms of lush vegetation – village of Kythera. Hike at the gorge of Tsakonas, among water mills, caves and springs, as well as churches with remarkable frescoes.

The coastline of Kythera hosts more than 30 beaches. Sandy or pebbly, organized or not, they are all famous for their clear waters, and their magnificent natural environment.

Have a relaxing time swimming in the shallow water with the white sand at Diakofti.  The cosmopolitan sandy and pebbly beach of Kapsali is organized with deck chairs, umbrellas and water bikes. Platia Ammos is ideal for families. Sparayario, located at the bottom of a steep gorge, is suitable for relaxing or hiking. Firi Amos with a unique reddish sand and crystal-clear water is the second largest beach on the island. In Paleopolis, enjoy water sports and delicacies in its good taverns. Take your mask and fins and go diving in the deep water of Agios Nikolaos beach near the lighthouse of Moudari. Its undeniable beauty makes Kaladi one of the most popular beaches in Kythera. Nature lovers prefer Limni beach for its imposing cliffs and the azure waters.

Try the famous ladopaximada (oil rusks) from the bakery in Potamos, the excellent quality thyme honey, the virgin olive oil, the local wine (white or rose), aromatic herbs and the local Mitata cheese. You can also taste “fatourada” (a type of home-made liqueur based on tsipouro and tangerines). Visit the farmer’s market of Potamos held every Sunday on the village square and buy high quality authentic products.

Tradition in the air

Participate in local religious feasts and festivals and meet the traditional character of Kythera.
Take part in the Mitata Wine Festival, organized every year n the first weekend of August and honor the rich wine tradition of the village.
Treats and local delicacies are offered to the visitors of Agricultural Festival of Fratsia.

Concerts, exhibitions and various performances take place during summer in Chora and in many other villages.

Antikythera is a small island of 44 inhabitants, with few settlements but a very long history. It is one of the best destinations for lovers of nature and bird watching. If you choose to take part in an excavation, as an alternative form of tourism, join the group of archaeologists working every summer in the immense fortification of the island, dating back to the Hellenistic period. The feast of Saint Myron, patron of the island, on August 17 attracts many visitors and pilgrims. This tiny island became famous when a very important ancient shipwreck was found there. The divers from Simi who first discovered the wreck in 1900-01 hauled up stunning bronze and marble statues, ornate glass and pottery, gold jewellery and an extraordinary geared device – the Antikythera mechanism – with pointers that displayed the positions of the sun, moon and planets in the sky, as well as a star calendar, eclipse prediction dial and a timetable of athletics events including the Olympics.

In Kythera you will be convinced that your conjured up reality is no longer a dream but the way life should be.