Nikolaos Politis: “Attica’s vineyard outmatches other world-famous regions of Europe because it is located literally next to historical sites of great archaeological interest in the outskirts of Athens” 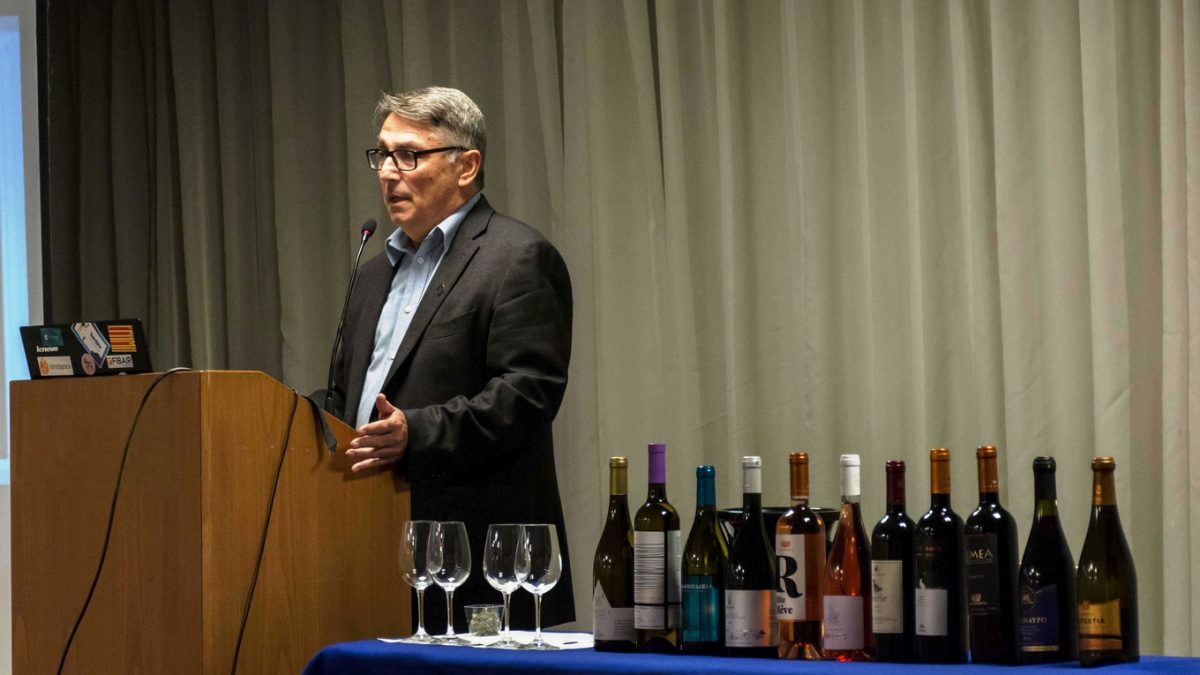 Interview with the sommelier and member of “Acropolis” Chefs’ Club of Attica, Mr. Nikolaos Politis: 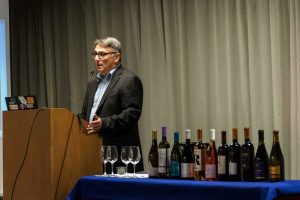 Nikolaos Politis was born in Athens and has been living in Mesogeia, Attica, ever since. He studied at the WSPC – Wine & Spirit Professional Center and is the Sommelier at the “Acropolis” Chefs’ Club of Attica. He works at EF PAN import company of Spanish wine-foods and distributor of Spanish and Greek wines. He has vast experience in the field of wine trade and winery dealership, as well as export, since in the past he has worked with an export and distribution company of Greek wines to China, as well as in the export department of the Italian winery CANTINA ROENO in the Brentino Belluno region, in Verona. He particularly loves Attica’s wine and is an aficionado of the Savvatiano, the main indigenous variety of Attica’s vineyard.

1. Mr. Politis, how did your interest in wine emerge and where does your special love for Attica’s wine stem from?

I was born in Athens and grew up in Mesogeia, Attica. My family’s vineyard produced a ton of Savvatiano wine every year. We took the grapes to the local wine press facility and the wine we took back stayed in the barrels we kept in the basement, until it was consumed. Usually until the next grape harvest. Therefore, my first experience was to detect the change in the flavour through time. It’s only natural that helping in grape harvest and smelling the aromas of the winery as a child, you can’t but love wine.

2. Tell us about Attica’s vineyard and the role it has played in the history of Greek wine. Which are its main features and the varieties it produces?

It is the vineyard of ancient Athens. In antiquity, vines were cultivated in Mesogeia, in the area of Dionysos northeast of Mount Penteli, in Megara, in Eleusina and in other parts of Attica. Moving on to more recent years, the winery of Dimitrios Voulgaris was founded in 1855, with French equipment and French technicians. The year 1831 saw the foundation of MARKO cooperation in Markopoulo, which in 1917 obtained a bottling unit. In 1882 the Kampas Winery was established in the area of Kantza, making the first aged wine in 1935, the famous Kava Kampa, exclusively from Savvatiano vines. In 1905 the Kourtakis winery was established in Markopoulo and in 1908 the winery of Megara Cooperation was launched, marking a great performance in exports.

Today Attica’s vineyard covers an area of 6,500 hectares and geographically is divided into three regions. East Attica, which includes the Mesogeia flatland; North Attica that extends from Stamata to the border with Viotia; and West Attica with the vineyards of Megara and Mount Kithairon. Essentially, we have a vast peninsula that is surrounded by sea, and protected from cold winds by the mountains in the northwest, while snow and frost are rare phenomena.

The dominant grape variety in Attica is Savvatiano, while there are also vineyards of Roditis, Malayouzia, Assyrtiko and other white varieties. As for red grape varieties, we mainly have Mantilaria and Ayorgitiko.

During the replanting of the area after the grape phylloxera that hit the vineyards in the ‘50s, some international varieties were also introduced.

Unfortunately, today there is no PDO (Protected Designation of Origin) zone in Attica’s vineyard. Until 1992, there was the Kantza “Wines with Appellation of Superior Quality” zone, which was later declassified. This is an extremely serious matter that basically has to do with the classification of the identity and quality of the region’s wines by state institutions – an important action that essentially adds value to the product and is imperative to be initiated as soon as possible.

3. Tell us a few words about the “king” of Attica’s vineyard, Savvatiano… about its past, present and future.

It is the prime indigenous variety of Attica and the most widely grown in Greece. It is also found in the regions of Viotia, Evia and elsewhere. It is resistant to Attica’s dry and warm climate and to diseases. It is a multidimensional variety that gives us dry wines with the potential of aging, sweet wines, sparkling wines and natural wines (without sulfites). Savvatiano is also the main variety used for the production of retsina, the most singular Greek wine.

We’ve talked about the past. Today’s picture is exceptional. The new generation of Savvatiano comes from non-irrigated vines with low yields (400 kilos/ha), of an average age of 50 years, which combined with the application of modern wine-making techniques give us top-quality wines that thrive in international competitions.

I am very optimistic about the future. Not only is the “Savvatiano chapter” not over, but new features and virtues of this variety are constantly being discovered, which means that in the near future we will have wines that are equivalent to those of famous regions, like Santorini. This will contribute to the upgrading of the overall image of Greek wines abroad.

4. Which aromas does the varietal Savvatiano release in the glass and which dishes is it best paired with on the table?

Savvatiano wines possess distinctive fruity flavours, such as pear, peach and citrus fruit, which accompany aromas of flowers. They often have hints of herbs or mineral overtones. Vinification techniques such as the use of local yeasts and oak barrel aging improve the quality characteristics, adding volume, complexity and long-lasting finish.

It accompanies a variety of flavours, such as green salads, poultry and white meats, seafood and lean fish, soufflés or vegetable tarts, pasta and risotto with seafood, goat cheese, Asian dishes such as noodles, fried rice and fried appetisers.

5. Retsina of Mesogeia, a “Protected Geographical Indication” (PGI) product and the most traditional wine of the Greek vineyard, has staged a comeback gaining great momentum. What is your opinion on the new-age retsina that is now produced in Attica?

First of all, let’s clarify that Retsina, like Verdea of Zakynthos, are classified as “Wines of Traditional Appellation”.

Since 1979, Retsina of Mesogeia has won the right to bear the indication of PGI Area Wine and is now designated as PGI wine, even though in my opinion it would be preferable if the classification was based on the quality characteristics in association with the origin, e.g. a premium retsina from Spata versus a common retsina.

Aside from the classification status, which according to winemakers needs to be reconsidered, let me stress that retsina is a product that is 100% Greek (it is not produced anywhere else in the world) and with the right support we could skyrocket its exports in foreign markets.

The difference between retsina and other wines lies in the addition of natural pine resine in the stage of fermentation of the grape must, which in Attica comes from Savvatiano grapes. After the end of fermentation, the resine is removed. This short and controlled contact of the grape juice with the resine gives the wine the distinctive balsamic aroma of pine, leaving its typical subtle bitterness in the aftertaste.

Having said that, today there are modern retsinas that have a different profile from the “old school” retsina. Their flavour is so elegant that they can be served as apéritifs. The quantity of resine added in the wine is so little that not only does it not overpower the organoleptic properties of the variety but it discreetly enhances the taste, in a way that the end product is flavoursome, refreshing, with its own unique identity and character.

In a few words, although for decades retsina was typically the house wine of the taverna, today the modern branded retsina justly claims a position in a formal dinner, making the difference.

6. Recently there has been a substantial increase in the production, demand and consumption of organic wine, and we now see certified organic vineyards in areas of Attica such as Mesogeia, Spata and Rafina. What is “organic wine”, how is it made and how is it different to conventional wine when it comes to the experience of the consumer?

Organic wine is the wine that is produced from organic farming grapes and has been a global trend in the last few years. Organic farming excludes the use of any chemical or synthetic fertilisers or pesticides, either for the development of the plant or the protection from diseases. In organic viticulture the most common diseases are controlled mainly with the use of sulfur and copper sulfate, while the growth of the plant is enhanced with the use of natural fertiliser composts.

At the same time, there is a special protocol followed during the vinification process, so that the organic grapes do not co-exist with non organic grapes in the same space.

The only “chemical” interference taking place in the winery is the addition of a small quantity of sulfur dioxide (SO2) during vinification, for the protection from oxidation. However, there are winemakers who avoid even this interference with their wine.

Today there are wines with no added sulfites, a practice that has created a new category, called “natural wines”. With the absence of sulfites, the organoleptic properties of the wine remain intact, while at the same time the identity of the variety is emphasised.

Also note that wines with the term “organic” on the label also bear the relevant certification.

7. Athens is one of the few European capitals in which vineyards and wineries are located a stone’s throw away from the city. No more than 30 kilometres from the Acropolis, in a unique natural environment, the region of Mesogeia welcomes visitors with the aromas of the vine and the grape juice. What experiences do Attica’s vineyards and modern wineries have in store for visitors?

Attica’s vineyard outmatches other world-famous regions of Europe, like Tuscany or Bordeaux, because it is located literally next to historical sites of great archaeological interest in the outskirts of Athens. And this is evidently magnificent because it allows visitors to be in the places where philosophy, democracy and the values of ancient Greek civilisation were born, while at the same time they have the opportunity to take a sightseeing, gastronomic and wine tour, all in one day-trip.

Over the last few years, great effort has been made by the 5 wineries that constitute the Wines of Athens www.winesofathens.com, the 25 wineries of the Wine Producers Association of the Vineyard of Attica and the Attica Wine & Food Experience, providing visitors who love wine a list of Attica’s visitable wineries and other useful information on exciting wine events.

8. In the last few years, Attica’s vineyard and the wines it produces seem to steadily be on the rise internationally. With respect to the history and with passion for what they do, Attica’s winemakers experiment on modern techniques and constantly improve the end product. What is the future of Attica’s vineyard, in your opinion?

Let me add that apart from passion, modern winemakers in Attica also have the know-how. Having studied in Greece and abroad, and using state-of-the-art equipment, they head full speed ahead towards the establishment of their products in the international markets, which is the great goal of the Greek vineyard. Also note that in Attica there are now fourth-generation winemakers, which helps maintain the knowledge and the winemaking tradition of the region.

Nevertheless, coordinated action needs to be taken, so that the branded Savvatiano, the pride of Attica, secures a place at the top of the wine lists in restaurants and wine bars of Athens, being visitors’ main choice. 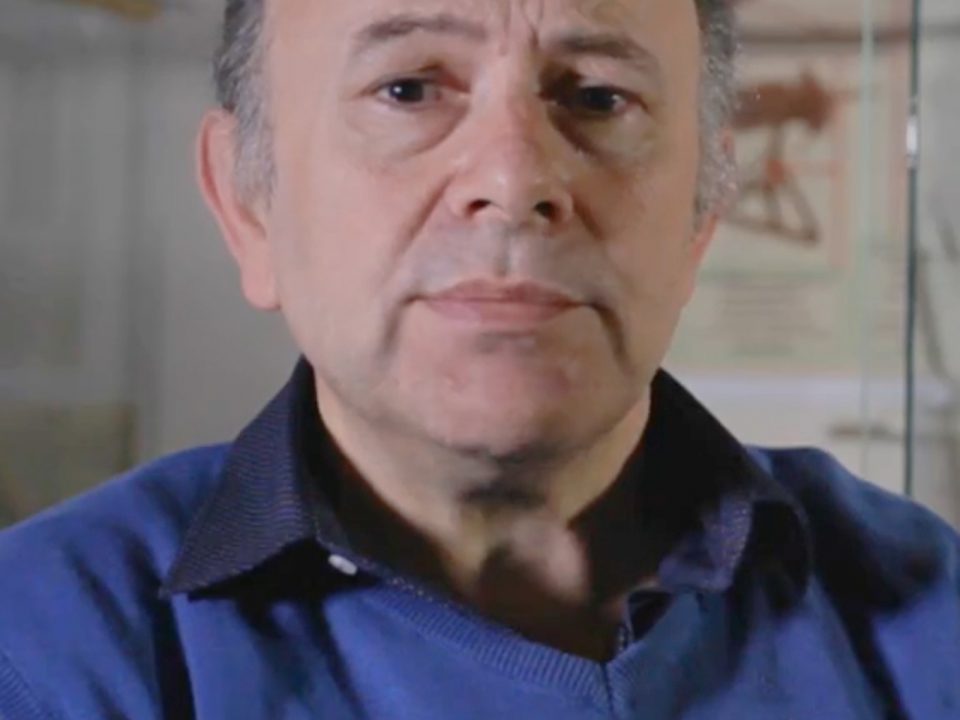 Konstantinos Kotsanas: “Athens and the wider region of Attica is a rare blend of experiences with the potential to fascinate every visitor” 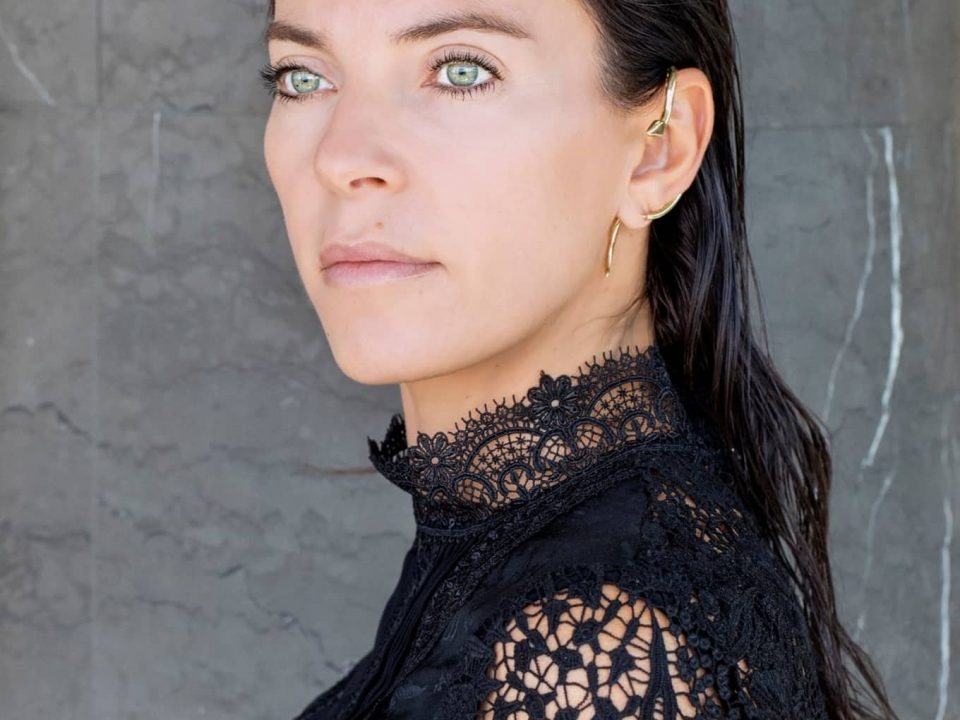