Giorgos Pittas: “The richness of our national culinary culture has become a powerful asset in the international tourism competition” 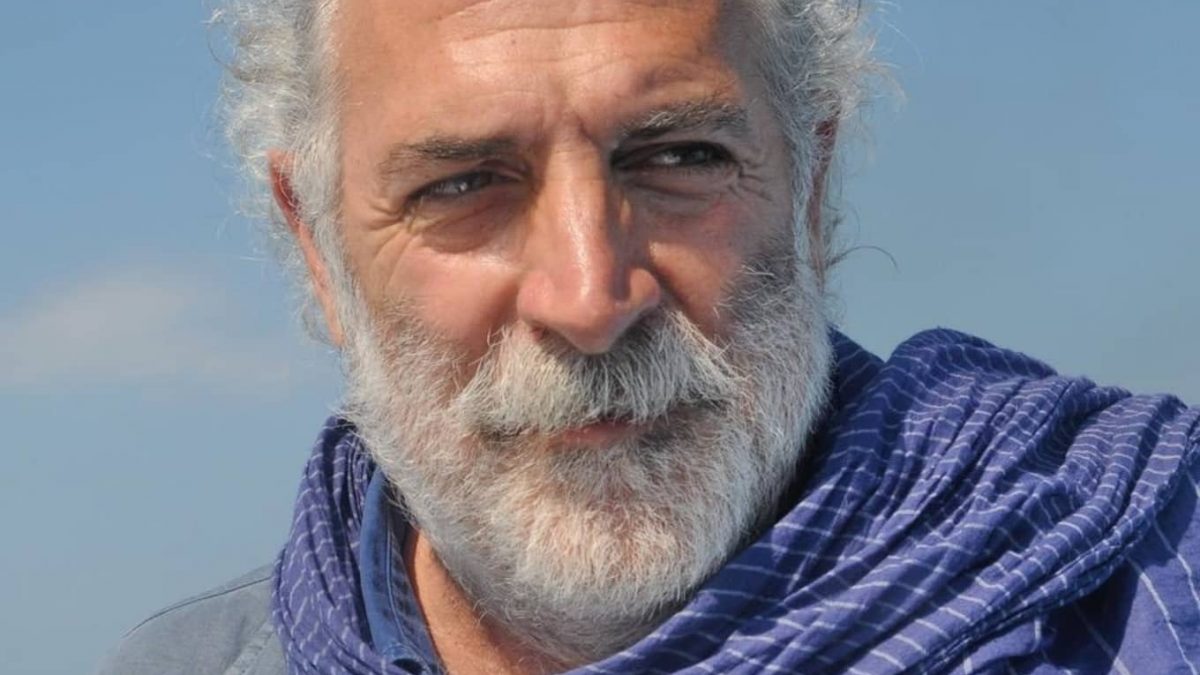 Interview with the hotelier, author-researcher and creator of the Greek Gastronomy Guide portal, Mr. Giorgos Pittas: 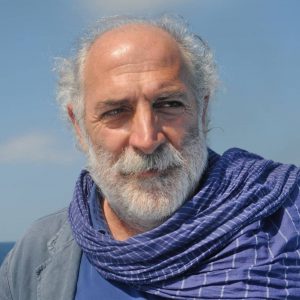 1. Mr. Pittas, based on your extended research and bibliography on Greek folk culture and the country’s culinary wealth, which is the role of gastronomy in the development of a land’s identity and culture, in your opinion?

Gastronomy is not only the culture of taste but it also incorporates all human activities that entail knowledge, care, passion, art and technique. These activities have to do with not only cooking but the types and varieties of crops, as well as the practices of produce processing. All of which is integrated in a context of ritual events, customs and traditions and encoded perceptions. In this sense, the promotion of local gastronomy adds value to the land itself, it contributes to the evolution of the agri-food sector, it boosts local economy, it develops cultural identity, and enhances the tourism identity and brand name of each region.

2. You have travelled all across Greece, exploring known and – mainly – lesser known culinary gems, based on local produce, delicacies, tavernas, traditional cafés, festivals etc. Can you give us a short… “alphabet book” of Attica’s gastronomy? A food and wine guide for foreign visitors who wish to experience authentic Attica through its products and flavours?

What you are asking is essentially a new edition, similar to the “Alphabet Book of Greek Gastronomy” that has just been released… Well, you know what? It’s a great idea… Now, offhand in the Alphabet Book of Attica’s Gastronomy, among others, I would enter the following indicative terms, which refer to neighbourhoods, delicacies, recipes, products and markets in Attica:

3. What does the “Athenian Taverna” mean to you? Tells us a few words about the institution, the setting, the people. How does the old, neighbourhood taverna that has been passed down from generation to generation, portray Greek folk culture?

Over a period of two centuries, the Athenian taverna nourished and developed the most characteristic cultural features of the Greek nation. From 1834, when Athens became the country’s capital city and had few eating houses at Ermou street and in the market district, until the late 19th century, a time of romanticism, when tavernas appeared in the city’s first neighbourhoods (Neapoli, Plaka, Psyri, Metaxourgeio) echoing the melodies of the Athenian serenades in the evenings, a whole century passed. In the 20th century, the taverna developed its own history keeping pace with each era. After 1922, it was the place where the displaced Greeks from Asia Minor soothed away their pain, where the outcasts and drop-outs found refuge. It is where the “rembetiko” and “laiko” urban popular Greek music genres spread their wings, where the old Athenians celebrated the Carnival, where the anti-dictatorship conscience of the youth was forged during the Junta period, when they sang the songs of Mikis Theodorakis, it is where the youth in the 1980s learned and started singing the undying rembetika. In the course of time, and with the development of tourism, in these tavernas the foreign travellers were acquainted with the dishes of the Greek cuisine, the retsina and the Greek way of entertainment. Today, despite the changes in our way of life, the taverna remains the major form of people’s entertainment, maintaining its age-old characteristics to a great extent, such as the iconic dishes of our traditional cuisine, the leading role of the taverna owner, the folk atmosphere and the family and relaxed ambience.

4. Talk to us about the “Greek Breakfast” programme of the Hellenic Chamber of Hotels and its importance in promoting Greek local products and delicacies.

The term “Greek Breakfast” may come as a surprise to some, almost being a tautological expression – i.e. what else could Greek hotels serve, other than Greek breakfast? Yet, before 2010 the standard types of breakfast offered in Greek hotels were the American and the Continental breakfast, which have very little to do with Greek gastronomy, local cuisines and produce. The “Greek Breakfast” programme was launched in 2010 by the Hellenic Chamber of Hotels, aiming to convince hoteliers on the value of Greek local produce, integrating them in their breakfast and thus opening the way that connects Greek hospitality with local producers and the culinary heritage of each region. This is why we visited 41 regions of Greece, recording all local products that could be used. The core of the Greek Breakfast features baked goods, rusks, olive oil and olives, herb teas, yoghurt, honey, cheeses and cured meats, fruit, pies, several delicacies and desserts. Thus, every region of the country uses local produce and products that fall into these categories. Today (2020) over 1,500 hoteliers all around Greece have joined the Greek Breakfast initiative, and as a result the richness of our national culinary culture has become a powerful asset in the international tourism competition.

5. What is your opinion on modern Greek cuisine and the new generation of chefs and cooks who come up with new dishes with respect to tradition, exploiting local products and recipes that withstand the test of time?

Over the last thirty years, Greece has known a revolution that was pioneered by the Greek wine makers, allied by the international trends which supported locality. An explosion of publications on gastronomy was followed by hundreds of products that were registered as PDO-PGI. This evolution was accompanied by two generations of cooks who showed great interest in traditional Greek cuisine, supped its juices and renewed it, creating the identity of modern Greek cuisine. The interesting part is that many of the young chefs work outside Athens and are inspired by the local cuisine of each region, expanding the boundaries of modern Greek cuisine over the greatest part of Greece (Crete, Rhodes, Santorini, Mykonos, Corfu, Tinos, Thessaloniki etc.).

6. From Aegina fistiki (pistachio) and Vravrona figs to Troezen extra virgin olive oil and Kythera honey… Attica’s land generously offers its richness. What is your opinion on local and PDO products of Attica and which of these products would you recommend a visitor should buy from Attica’s markets?

Aegina fistiki and Markopoulo Mesogeas pistachio, the extra virgin olive oil of Troezen, the feta cheese of Attica, the cheeses of Aegina and Kythera, the famous figs from Vravrona, the oregano of Methana, the honey and rusks of Kythera, the “lemon mizithra” (soft cheese made with goat milk) from Poros, the fruit and vegetables from Marathon, the Savatiano and retsina from Mesogea region, the amygdalota from Poros, Hydra and Spetses; let’s not forget the richness of the Saronic and Euboean Gulf in all kinds of fish and seafood, particularly the squid of Hydra and the pearly razorfish of Aegina.

7. “Attica. Greece in a Snapshot” is the tourism slogan of the Region of Attica. Here, visitors can savour local products and dishes, as well as flavours from all around Greece. In your opinion, which dishes would be featured in a characteristic menu with flavours and aromas of Attica?

I would pick a typical fish and seafood menu, relished with a view over Mikrolimano. I would start with char-grilled octopus with capers and vinegar and seafood (grooved sea squirt, oysters, smooth clams); for salads I would choose sea urchin eggs with olive oil and lemon (“ahinosalata”) and boiled courgettes from Marathon; fried small red mullets and shrimp saganaki; all these accompanied by a glass of ouzo. I would continue with a fish soup and for the main course I would savour a white grouper, paired with a fine bottle of Savatiano wine from Mesogeia; for dessert, a spoon sweet with pistachio, bergamot, fig and grape.

8. Tell us about your… own private Attica, the land and the landscape. About your favourite places, the moments and experiences that are worth living here, about the people, and the hospitality offered to Attica’s visitors.

Attica’s landscape has a unique diversity that is highlighted by Attica’s light. Archaeological sites and museums, such as the Byzantine and Christian Museum; contemporary art starring the National Museum of Contemporary Art Athens (ΕΜΣΤ) and the National Library that will finally reopen after so many years; the commercial triangle of Athens, the walk around the Acropolis, neighbourhoods that maintain their vigour; all these give a novel and humane quality to Athens, a city with unique identity and standpoint. For short getaways, the Saronic islands are cultural oases that take you back to a life of different pace. From a gastronomic point of view, the fish markets by the sea in Aegina and Poros right next to the fishing boats are extremely interesting. For Athens I would suggest the following food walk in Varvakeios Athens’ Central Market, followed by a route that offers extraordinary experiences and flavours: walk around the fish market and enjoy the marine richness of the Aegean Sea, then have a quick glass of tsipouro at the tiny ouzo bar in the market; take a stroll and savour a couple of mezes along the spice- and cured meat fragrant market on Evripidou street, before you head to one of the historic downtown tavernas for a white bean soup; walk around Psyri and Plaka, and along the stone-paved Acropolis-Philopappos paths designed by architect Dimitris Pikionis. Then pick from a wide range of choices for dinner, according to your preference: the outdoor patio at an old taverna in Plaka or the Roof Garden of a hotel restaurant that serves creative cuisine dishes, or the rooftop restaurant at the Acropolis Museum that offers dishes with outstanding Greek flavours overlooking the Acropolis, or the terrace of a restaurant in Monastiraki, with views of the Ancient Agora, Thissio and the Acropolis.