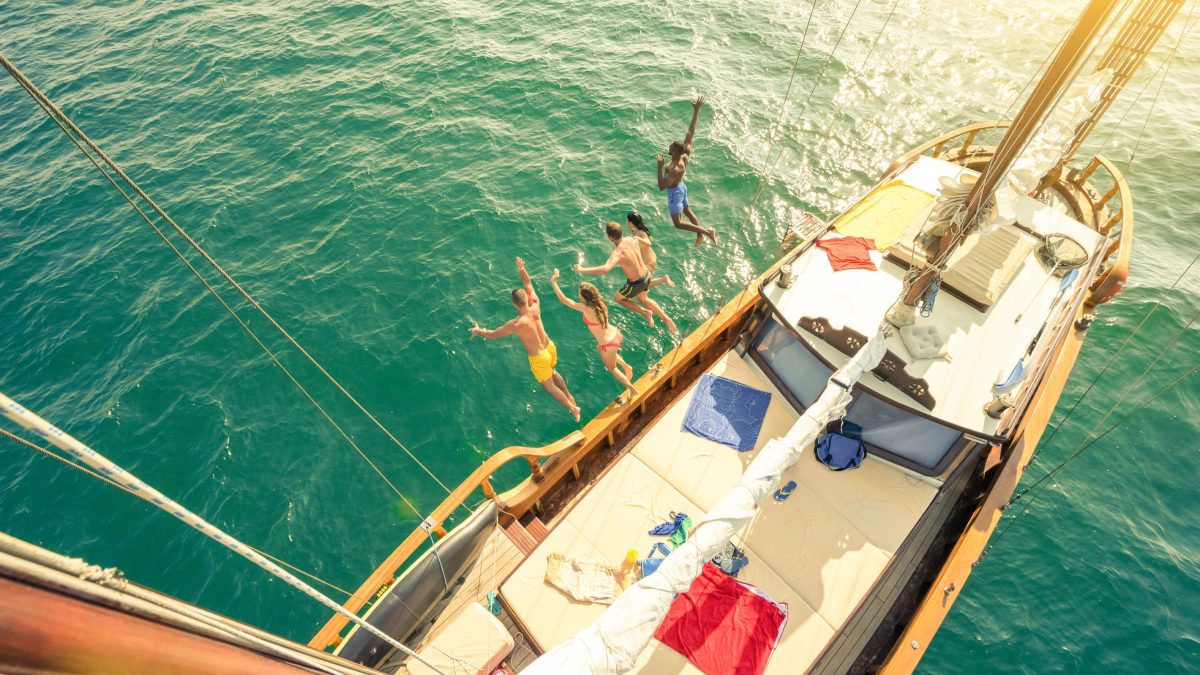 Go off to explore the charming islands of the Saronic Gulf and discover their secrets. Swim in crystal clear waters; enjoy the relaxing atmosphere, dive into a rich historical past, marvel at a splendid architecture, taste unique delicacies in scenic taverns and share a pleasant way of life full of festivals and festivities. Each one has its own magic:

Salamina, at a distance of one nautical mile from Perama (a west suburb of Piraeus), is the most populated island in the Saronic Gulf and the beloved summer resort of Piraeus’s inhabitants. It is universally known for the important naval battle which took place here in September 480BC when the Athenian navy achieved a triumphant victory against the Persian naval forces.

Poros, at a distance of 32 nautical miles from Piraeus, is a green small island admired and loved by George Seferis, the Greek Nobel laureate, and the American author Henry Miller.

Aegina, the pistachio island. At a distance of 16 nautical miles from Piraeus, Aegina is the perfect destination for independent travelers and equally ideal for family vacations thanks to its relaxing traditional atmosphere, the good bus services and the nice sandy shallow beaches. It boasts a great number of sights, the famous well-preserved Aphea Temple being among its highlights. Aegina is also famous for the “wise” clay water jug with the characteristic off-white colour and its ability to keep drinking water cool. The island has also captivated and inspired numerous artists over the years: every year hundreds of painters, sculptors, photographers and potters come to decorate yards, gardens, streets, and different parts of Aegina with their works. Festivals take place annually with the participation of famous artists coming from all around the world.

Don’t miss the Aegina Fistiki Fest, which takes place in September. It is the largest commercial and economic event in the region. More than 20,000 visitors walk around and buy from the many booths exhibiting pistachio cultivation. Famous chefs visit the island every year for the Fistiki Fest and present their new recipes. Aegina’s Fistiki Fest undoubtedly deserves a place in the childhood memories of the hundreds of young visitors who come to the colourful children’s area at the Markello Tower every year, from early in the morning until late in the evening during the Fistiki Fest. The area is full of the sounds: of fairy tales being told; of music and dance; the sounds of interactive and experiential games – in short, the sounds of young people having their own festival!

Hydra, at a distance of 37 nautical miles from Piraeus, is listed as an architectural reserve and combines cosmopolitan and traditional vibe. It is the most renowned island of the Saronic Gulf. “I will never forget Hydra… one of the most beautiful places in the world,” says Sophia Loren, starring in Hollywood film “Boy on a Dolphin” (1956), which was shot in Hydra and helped the island to turn intο a highly artistic centre and a meeting spot for renowned writers, painters, actors and jet-setters. In August the municipality organizes a number of cultural events under the title Kountouriotia, a specific celebration acknowledging the political/naval role of Hydriot Pavlos Kountouriotis.

Spetses. At a distance of 52 nautical miles from Piraeus and just 1,5 nautical miles from the Argolic coast, Spetses is an attractive pine-clad island with a beautiful traditional architecture consisting in a mixture of 18th, 19th and early 20th century architectural style, testifying the cultural and economical development and wealth of the island during those years, when it was, along with the island of Hydra, one of the greatest marine powers of Greece. Its quiet beauty has attracted billionaires, novelists and Hollywood stars. The best known traditional event in the island, that attracts thousands of visitors, is the famous Armata.

“Armata” is a celebration that takes place every September. The celebration is dedicated to the battle in the strait between Spetses Island and Kosta during the Greek War of Independence in 1821. A few weeks before the beginning of the festival, local boat builders set to work making a wooden boat which will be used as an effigy of a Turkish boat in 1822. The Turkish boat is constructed in the old harbour a week before the festival. The festival week starts on the Monday and usually offers a full programme, including adult and children’s theatre, local Greek dance, music and shows. The grand finale is on the Saturday night, closest to the 8th September. Meanwhile, local boats make their candlelit way, very slowly, out towards the middle of the sea, off the Poseidonion jetty. They travel from both sides meeting in the middle, where the locally made ‘Turkish’ boat sits bobbing on the water, awaiting its demise! At about 11pm, when all the boats are in position, the commentary in Greek outlining the history of the battle of 1822 begins. Everyone listens and waits in suspense, as the story reaches its climax and the music reaches a crescendo and a small fishing boat approaches the ‘Turkish’ boat. Within seconds it bursts into flames and fireworks pour out from within and people scream with delight”. www.spetsesdirect.com