Eleusinian Mysteries: “Initiation” to the most sacred and secret ritual of Attica! 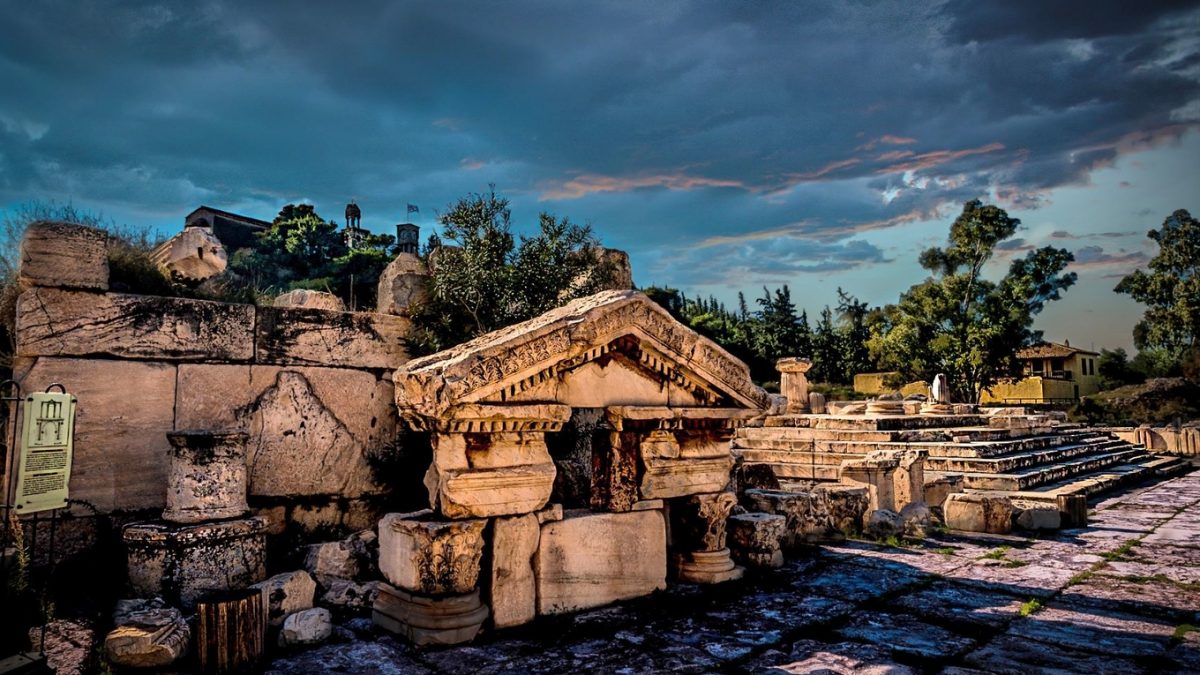 For among the many excellent and indeed divine institutions which your Athens has brought forth and contributed to human life, none, in my opinion, is better than those mysteries. For by their means we have been brought out of our barbarous and savage mode of life and educated and refined to a state of civilization; and as the rites are called ‘initiations,’ so in very truth we have learned from them the beginnings of life, and have gained the power not only to live happily, but also to die with a better hope.

The Eleusinian Mysteries were the most important festival and secret religious rite of ancient Greece that took place in Eleusis, Attica, in honour of Demeter and Persephone. Despite the fact that thousands of initiates took part in the ritual over so many centuries, the Eleusinian Mysteries are wrapped in a veil of secrecy, since no one ever revealed their secrets and what exactly happened during the ritual. And yet, even to this day, the visitor of Eleusis feels the awe and extraordinary atmosphere this extremely important site radiates.

Demeter and Persephone. Mother and daughter. The abduction of the only daughter and the desperate search by the mother, for nine days. The grief of the mother, who sits by the Mourning Rock in Eleusis, desperate, and weeps. Eventually, Demeter forces Zeus to get Persephone back, who returns from the Underworld, where she had been taken by Pluto. However, Pluto tricks Persephone into eating pomegranate seeds, which made her return to the darkness of the Underworld each year. The myth speaks of the return of the daughter to her mother and with it the passage from death to life, from darkness to light, from winter to spring.

The origins of the Mysteries

According to Greek mythology, Demeter herself initiated the Mysteries, when she offered grain to the people of Eleusis, inaugurating the rituals. As a matter of fact, around the Mourning Rock where she sat, women of Eleusis later sang hymns to the goddess. The first systematic archaeological excavations that started in Eleusis in 1882 revealed the buildings that were related to the worship of the goddess, while the oldest constructions linked with the Mysteries date from the 8th century B.C.

The Lesser and Greater Eleusinian Mysteries

There were two Eleusinian Mysteries, the Greater and the Lesser. The Greater were celebrated in Athens and in Eleusis, while the Lesser were held in Agrai, in the outskirts of Athens, by the river Ilissos. The Lesser Mysteries were meant to “prepare” participants for the Greater Mysteries.

In their heyday, the Greater Eleusinian Mysteries could receive over 3,000 initiates and anyone could participate: men, women, slaves and even children. There were two conditions of entry: First, each initiate had to understand Greek. Not necessarily to be Greek but to understand the language in order to grasp what was said during the rituals. Second, initiates could not be guilty of homicide. In addition, during the festival, no one could be arrested for any charge.

The Eleusinian Mysteries were celebrated on the 15th day of the month Boedromion (mid August until mid September) and lasted for nine days. The ritual started in Athens, at the sanctuary dedicated to Demeter (Eleusinion), at the foot of the Acropolis. In a slow procession along the Sacred Way (Iera Odos), led by a priestess of goddess Demeter, they would walk all the way to Eleusis. Initiates would then gather at the Great Propylaea, where they would drink the kykeon, a mixture of water, barley and mint, in order to break the holy abstinence from food and drink. They had to move through the long entrance halls of the sanctuary, before reaching the large cave that was considered the entrance to Hades, called Plutoneion.

At this point, a remarkable thing would happen. To the side of the Plutoneion is a fake well that extends down into the darkness. Out of this shaft someone playing the role of Persephone, presumably a priestess, would appear before the crowd of initiates. She walked a few steps from the mouth of the well, so that her face and upper body would have been visible to the crowd.

At the core of the ritual is the re-enactment of the return of Persephone from Hades. The ritual had an extremely theatrical effect, since the Mysteries took place at night, and the only light was cast from torches.

From the cave, the initiates ascended toward the Telesterion, the most important edifice at Eleusis, where the central drama of the Mysteries took place. It is a huge space with 42 high columns supporting a sumptuous coffered ceiling. It could hold thousands of initiates, sitting on steps, eight rows of which survive, carved directly into the mountain rock. In the center of the hall stood a smaller, rectangular building called the Anaktoron. This was the holy of holies, the place where the sacred objects of Demeter were placed, accessed only by the hierophants.

From here, the story is shrouded in secrecy. If the huge central hall was a theater, then the Anaktoron was the stage at which initiates looked and the priests were the actors. All that we know are three words that describe what took place: dromena, deiknumena, legomena. Things done, things shown, things said. Since maintaining secrecy was mandatory and speaking about the ritual was a crime punishable by death, the exact content of the ritual still remains unknown.

The third and highest stage of initiation into the Mysteries was called the Epopteia and was reserved for those who had been through initiation the previous year. The central symbol of the Epopteia was the ear of wheat that referred to the inexhaustible creative force of Mother Earth. Demeter gave human beings two gifts: the return to life personified by Persephone, and the cultivation of grain, also connected with the notion of life.

After the completion of the Mysteries, the initiates honoured the dead by pouring libations from special vessels, and then returned home.

The actual content of the Eleusinian Mysteries may remain unknown to this day, however we may conclude the essence and imagine the experience. The participation in grief, and then the participation in joy. The return to life, the relief, the familiarisation with death. The sense that life will continue. It will move on. And there is nothing to fear.