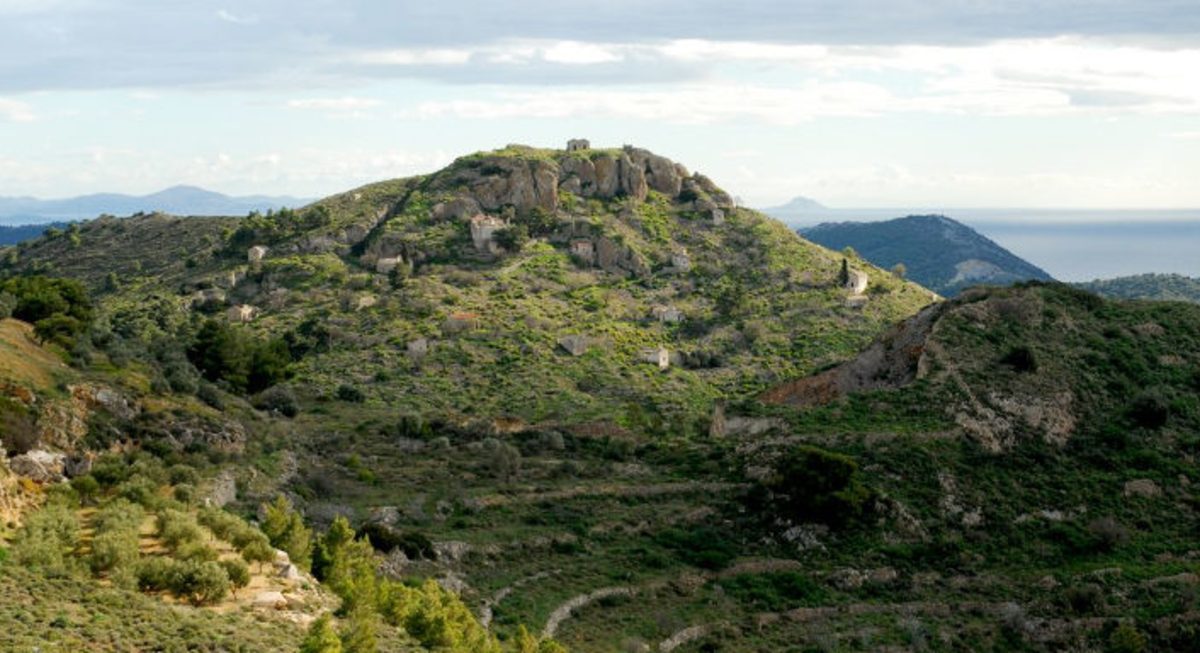 Attica being a natural and safe cinema studio that offers a multitude of locations and landscapes for every director’s need and cinematic purpose, it is not surprising that ever more international productions choose its unique destinations for filming. Let’s take a look at the most recent films and series that place Attica on the international film-making map.

On sourit pour la photo (“Smile for the photo”)

Athens, the Attica Riviera and Aegina island “star” in the French comedy “On sourit pour la photo”, a high-profile movie production that was filmed in Attica with the support of the Greek National Tourism Organisation (GNTO). The film is about a French family’s trip to Attica, in order to relive their best holiday ever: their 1998 vacation in Greece.

Summer in Attica, stunning landscapes, iconic archaeological sites such as the temple of Aphaia in Aegina, the marinas along the Attica Riviera, the Vouliagmeni Lake, authentic neighbourhoods in Athens, and unique cultural venues, such as the Stavros Niarchos Foundation Cultural Centre, “flooding” into the big screen. The film ideally highlights the authenticity of daily life in Attica, the gastronomy, the wine tourism and the culture associated with the production of Aegina pistachio (fistiki), partly resembling Attica’s tourism promotional video entitled “Intergenerational”.

The crew and cast of the movie, the famous French director François Uzan and the renowned actors Thierry Jacques Gamblin and Claire Pascale Arbillot, had the opportunity to visit some of the most significant monuments and sites of Attica and enjoy Greek hospitality and gastronomy. The French director was thrilled with the whole experience: “The experience of shooting in Greece was truly unforgettable! We were lucky to work in a place of such history and amazing nature. We are sure that the viewers will “travel” with the characters of the film, will remember the beautiful holiday moments they have lived in Greece and will want to visit it next summer… We look forward to sharing the images of this beautiful country with the French spectators!” (Source: Greek Travel Pages)

The film “On sourit pour la photo” will premiere at cinema theatres in 2021 and is estimated to reach an audience of over 10 million French, while it will also be screened in Italy, Belgium, Luxembourg, Germany and Spain.

Stunning film locations in Athens, Lavrio and Aegina that ideally convey the atmosphere of the movie “Man of God” were chosen by the international production. The filming lasted seven weeks and was completed on Monday 21 September 2020, following all along the protection measures from the pandemic and the Greek government’s health safety protocols.

“Man of God” is an ode to the life of Saint Nektarios of Aegina, written and directed by Yelena Popovic. The music is composed by the twice awarded with Cesar and Golden Globe nominated Zbigniew Preisner, and the cast features top foreign and Greek actors, such as Mickey Rourke, Alexander Petrov and Aris Servetalis.

The cast and crew of the film had the chance to enjoy the wonderful summer weather of Attica, marvel at its beauty and tour world famous archaeological sites, speaking with enthusiasm about the filming experience in Attica.

The movie “Man of God” will premiere at cinema theatres on the 3rd of December 2020, carrying some of the “magic” of Attica across the world.

The majestic Spetses island was chosen by the American actress Maggie Gyllenhaal for her film directorial debut, an adaptation of the novel by Elena Ferrante. The cast of the film “The Lost Daughter” features renowned actors and actresses of the international cinema scene: Dakota Johnson, Oscar awarded Olivia Colman, Peter Sarsgaard, Jessie Buckley and Paul Mescal. Main location for the movie, which is still filming, is the historical Poseidonion Grand Hotel, a landmark of Spetses.

It is an Israeli production, it takes place in Iran and was shot in Attica. It is the new TV series entitled “Tehran”, an anti-war spy thriller full of action. The series was shot almost entirely in Attica, in several parts of Athens city centre with a multicultural atmosphere, in beautiful neighbourhoods of the suburbs and at “Eleftherios Venizelos” Athens International Airport. It is an international production (Israel – Greece), which was developed with the support of the Greek National Centre of Audiovisual Media and Communication (EKOME) and is already screened by a subscription video streaming platform.

Capitalising on the motives that have been set, the improved cash rebate investment motive, the simplified bureaucratic procedures, the exceptional manpower, the top-level industry infrastructure, and the easy and safe access due to the safety protocols and the protection measures that ensure the health of visitors and professionals, Attica now welcomes and hosts demanding productions that address the international cinema audience.