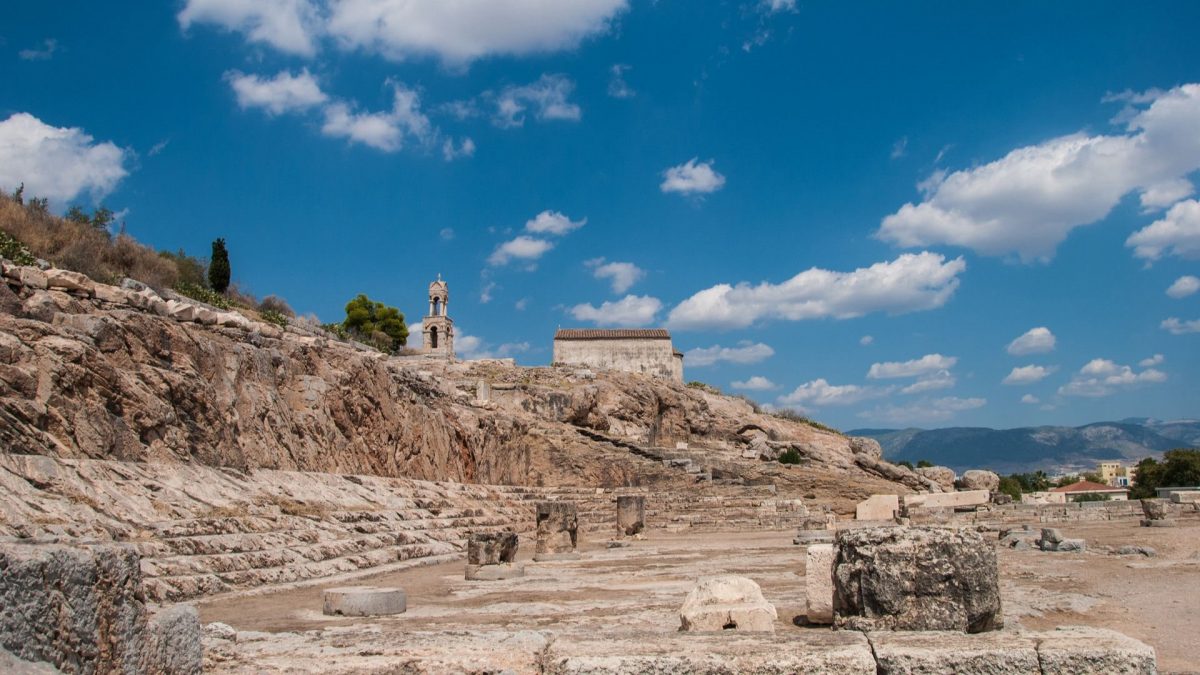 Eleusis: a mystical archaeological site in the heart of an industrialized town which has been proclaimed European Capital of Culture for 2021.

“Among the many excellent and indeed divine institutions which Athens has brought forth and contributed to human life, none, in my opinion, is better than the Mysteries. For by their means we have been brought out of our barbarous and savage mode of life and educated and refined to a state of civilization; and as the rite is called “initiation,” so in very truth we have learned from them the beginnings of life and we have been given a reason not only to live in joy, but also to die with better hope”, (Cicero, De legibus, ii, 36).

Before you leave Athens, you must definitely visit Eleusis, in order to feel the unique energy which, as many visitors have been attested since Antiquity, emanates from the archaeological site. “The place is sacred and you will feel it! Nikos K. Romania, Trip advisor. In order to have a firsthand experience of the effort that this heavily industrialized town makes, trying to excel it and redefine concepts such as development, social cohesion and prosperity. Lastly, in order to enjoy fresh fish and delicious appetizers in the taverns around the archaeological site.

According to ancient Greek mythology, Pluto, the god of the Underworld, abducted the beautiful Persephone, daughter of Demeter, the goddess of agriculture and made her his wife. Demeter furious left Mount Olympus, she got herself up in a guise of an old and much diminished woman and came to Eleusis, where she found great hospitality and affection. At the same time, Demeter vowed that she won’t set foot on Mount Olympus and that she wouldn’t let anything grow on earth until she could set eyes on her daughter again. A terrible famine assaulted the earth, so Zeus was forced to intervene. After negotiations, they reached the following solution: Persephone spent part of her time in the Underworld with her husband and the rest on earth with her mother. It was, according to anthropologists, a beautiful story invented by ancient Greeks to explain the cycle of the seasons of the year. As for Eleusis, Demeter rewarded her by teaching to the successors of the royal throne the “Mysteries“, which gave the city glamour and wealth, making it one of the five great destinations of Antiquity (Athens, Delphi, Delos, Elefsina, and Olympia).

No one ever revealed the secrets of this ritual that ensured the cleansing and awakening of the consciousness of the initiates. Everybody, free or slave, man or woman, had access to this celebration and ceremony in honour of the goddess Demeter and her daughter Persephone. As words played an important role at the various stages of initiation, those who did not speak Greek were excluded, and since the purity of the soul was an essential condition, those who had blood-stained they had not the right to participate. What the initiates learned was not to fear death and to accept it as part of the cycle of life, as a step towards regeneration, as in the case of the plant kingdom: the plant dies but the seed gives a new plant and so on.

Each year from the beginning of July to November, Aeschylia are celebrated here, dedicated to the father of Ancient Greek Tragedy, Aeschylus, who was born in Eleusis in 525 BC. They are mainly housed in the “Palio Elaiourgeio”, a former soap factory, next to the archaeological site where the most important initiation ceremonies were held, including theatrical performances, concerts, film screenings, dance performances, art exhibitions, performances, conferences and lectures. “Culture has become a way of life in the city of Elefsina, and it lies at the heart of any effort for social, environmental and economic upgrading” we read on the official website of the Aeschylia. And as in Antiquity, everyone was entitled to initiation, so now the low ticket as well as the free admission in many events ensures the penetration of culture in the inaccessible areas of the community.

The Half Marathon Race “On the Traces of Iera Odos”

The Iera Odos (Sacred Way) during Antiquity symbolized the course of initiation and purification, as this street was followed, during the Greeks and Roman Antiquity, by those who participated in the famous Eleusinian Mysteries. It seems that, for this reason, the Municipality of Eleusis established the 21 km Athens-Elefsina Marathon, 2015, the year of its candidacy for the title of the Capital of Culture 2021. Every year its performance is crowned with great success as the participants they run not only for the body but also for their soul.

Come to Eleusis, and – who knows – you may also find the way to self-awareness and perhaps discover the recipe of happiness like Cicero.