Elena Votsi: “Blue, lines from the shores and the mountain tops, white from the marble of the temples…”

“Blue, lines from the shores and the mountain tops, white from the marble of the temples…”

Born in Hydra, which is her never-ending source of inspiration, and having studied painting (Athens School of Fine Arts) and jewellery (Royal College of Art in London), Elena Votsi has marked a brilliant course in the design field, creating jewellery for the greatest museums of Greece – the Acropolis Museum, the Museum of Cycladic Art, the Benaki Museum, the Basil & Elise Goulandris Foundation, the National Gallery – while she has also worked with world-famous foreign fashion houses – Gucci, RalphLauren. An outstanding moment in her career was the re-design of the medal for the Athens 2004 Olympic Games, and a huge honour for her the fact that the front side of the medal will bear her signature for all Olympic Games to come, thus making the work of the internationally acclaimed Greek designer a part of history.

1. Ms. Votsi, you have travelled a lot and have lived outside Greece for a number of years. You are known for your creations abroad and work with brands from all over the world. And yet you choose Greece…

Greece has always been my first choice. There might have been opportunities for me to begin my career in London, right after the completion of my studies, but at the end of the day I couldn’t resist the landscapes, the climate and the people of our country. The same happened when I had the chance to continue my career in Paris. For some reason, although back then things would be a lot easier for me abroad, I decided to return to my homeland, and despite the greater challenge, to continue here what I had already started.

2. You have your own, unique and very original style in your designs, whether they are jewellery or household items. Where do you find inspiration for you creations?

Usually from my daily life. From what I see around me, from what I admire, from all things that have a story to tell. Sometimes I may draw inspiration from a theme, such as the “Heart” or “Greece”, some other times I may be inspired from a shape that will impress me or an object with dynamics.

3. Tell us… what does Hydra mean to you?

Hydra is my refuge. It is my memories, my family, my friends, my first designs, my first dreams, my first love, my most beautiful summers. It’s where everything started and still goes on.

4. In your store at the port of Hydra, visitors of the island can find gifts and household items with colours and motives taken from Greek tradition. Tell us a few words about these unique “souvenirs”… created by Elena Votsi.

It is a collection I’ve been working on for the last nine years or so. It is something that was created out of my need to have Greek, useful, affordable gifts in store. Something that is or reminds one of Greece. The donkey, the cat, the blue colour, the lace, the Greek alphabet. Elements which please me to see enter Greek homes or travel to other countries in the suitcase of every visitor. This is why this specific collection is called “ElenaVotsimyGreekcollection”. I wanted everything to refer to Greece, its people, its beauty.

5. Talk to us about the conception of the design for the Olympic Games medal and how you feel when you see the world’s top athletes win something Greek, which you have created.

I think nothing can surpass the feeling that the front side of the Olympic medal features one of my own designs, a design that is inspired from Greece. The conception of the idea was a combination of the guidelines we received from the Olympic committee and the elements which I personally, being Greek, believed should be prominent on the front side of the medal. Of course, I didn’t imagine that subsequently the committee of the “Immortals” would decide this side to remain the same for all future Olympic Games. Seeing the top athletes of the world, let alone the Greek, wear the medal around their necks, depicting the Kallimarmaro stadium and the Parthenon in the background, is I think the greatest moment of self fulfillment. Something Greek being in the spotlight and travelling before millions of eyes throughout the world. This is when I feel for an instant that Greece has gained the place it deserves…

6. Apart from the Olympic Games medal, you have also designed the Medal of Democracy, which is awarded every year at the Athens Democracy Forum. In addition, you were also asked to design the commemorative medal for the 200th anniversary of the 1821 Greek War of Independence. How can notions that are associated with Greece, such as Democracy, Freedom, History, Culture and Sports be depicted in images?

It is all a matter of perspective and education. First you view at things and notions as Greek and then you try to find ways to communicate all this to every visitor, admirer or even critic of Greece. This is where education comes into play. You use your knowledge in order to depict something that is so “great” on something that is so small. Something that will travel abroad and will always be able to remind one of the existence, the history and importance of Greece. The Medal of Democracy is a medal with a distinctive dynamic, with symbolisms and elements that reveal the grandeur of the past and the significance of the future. The same goes for the commemorative medal for the 200th anniversary of the 1821 Greek War of Independence. Past and present “merge” to remind us of the efforts and struggle undergone for us to be free today.

7. In your opinion, why should foreign visitors of Attica seek and choose jewellery made by Greek designers?

Because right now, only a small number of Greek designers has remained in the country and design their jewellery here. Because there are still people with knowledge, education, aesthetics and love for what they do. Because some of us still resist the “convenient” and support the Greek element, the Greek product, the Greek artisans. Because we carry a heritage in our blood and wish to continue to convey it around the world.

8. Besides Hydra, which other place in Attica do you love and why?

I love Athens. I live in the centre of the city and I feel very fortunate to be able to walk down the street and peek at the Acropolis from a distance. I enjoy the fact that, having so many museums around me, I can lose myself in them for a while, be inspired, marvel at the exhibits, feel proud of everything we inherited. Athens is making efforts and is doing great. And this is wonderful…

9. Some of your creations are available at the shops of many museums in Attica. How does the museum exhibit become source of inspiration and the museum itself a field of expression for you?

Working with a museum brings me the utmost pleasure. Taking an element from an exhibit and turning it into a new, small work of art is as if it continues to live through my eyes. Especially when it turns into a piece of jewellery, I feel it is given the opportunity to “travel” with us through our daily life, through our being. Museums are hubs of inspiration. And I’m happy to see that in the last few years, Greek museums have been living organisms, hospitable and multidimensional.

10. If we asked you to “design” Attica, which colours and shapes would you use?

Blue, lines from the shores and mountain tops, white from the marble of the temples… 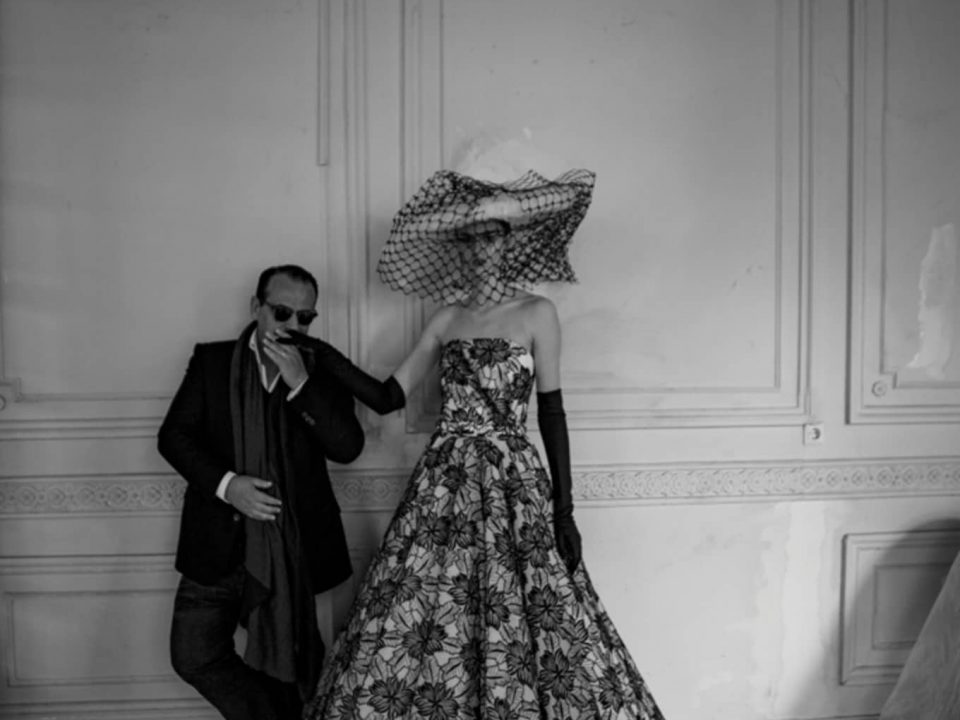 Vasilis Zoulias: “Greek fashion is at a better level now than ever” 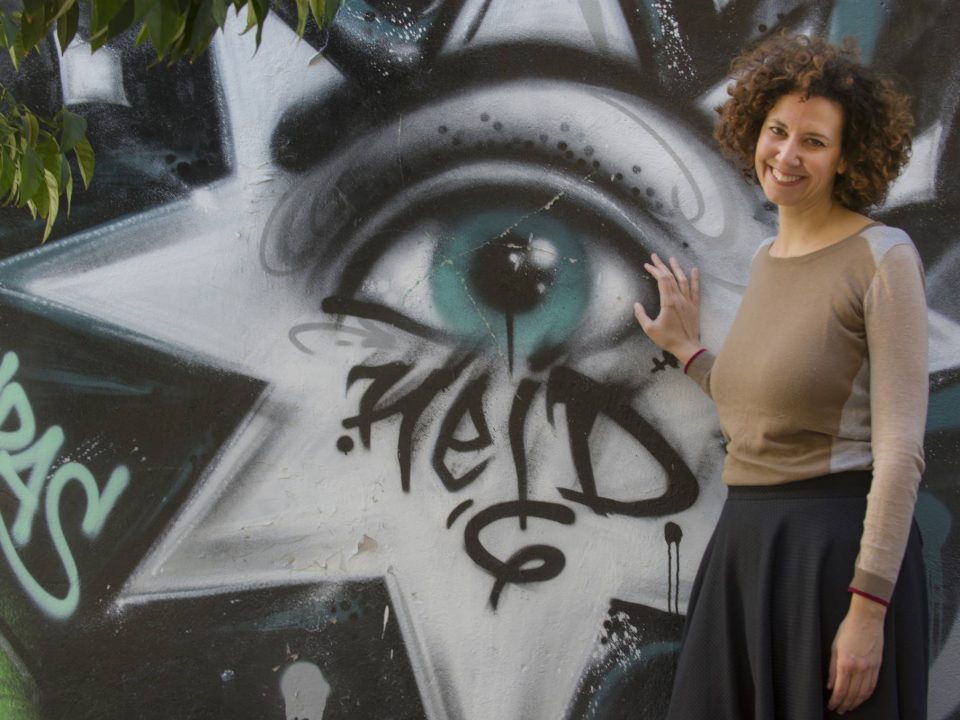